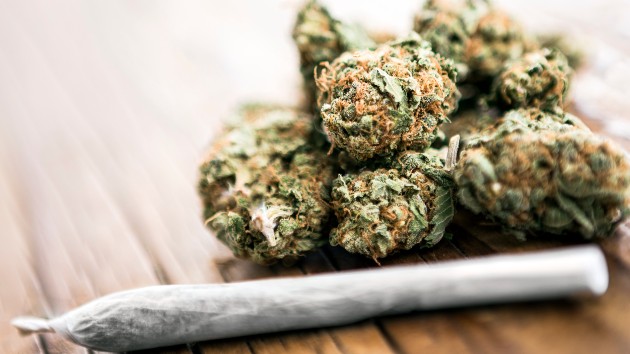 The legislation would also create an automatic expungement or resentencing for anyone with a previous marijuana conviction.

In statements released late Saturday night, the governor, Stewart-Cousins and Heastie said they worked to ensure the new regulations help the state’s economy, ensure safe cannabis use and address the antiquated drug laws.

“There were many important aspects of this legislation that needed to be addressed correctly — especially the racial disparities that have plagued our state’s response to marijuana use and distribution as well as ensuring public safety — and I am proud we have reached the finish line,” Stewart-Cousins said in a statement.

Under the New York State Cannabis/Marijuana Regulation & Taxation Act, up to three ounces of marijuana will be legal to possess.

The tax revenue will be deposited into a special fund that covers “reasonable costs to administer the program and implement the law,” and provide money to education, New York’s “Community Grants Reinvestment Fund” and the “Drug Treatment and Public Education Fund,” according to the governor’s office.

The legislation will create the Office of Cannabis Management that will regulate the sale and distribution of both recreational and medical marijuana, which was legalized in 2014.

A two-tier licensing structure will be in place to prevent growers and processors from also owning retail stores and state regulators will “implement strict quality control, public health and consumer protections,” according to state leaders.

Residents will also be allowed to grow marijuana at home, with a limit of three mature plants for adults over 21 and six mature plants per household.

The governor’s office said as many as 60,000 new jobs could be created as a result of the new laws.

There will be a program to promote social and economic equity among producers that will “facilitate individuals disproportionally impacted by cannabis enforcement, including creating a goal of 50% of licenses to go to a minority or woman owned business enterprise, or distressed farmers or service-disabled veterans to encourage participation in the industry,” the governor’s office said.

“Legalizing adult-use cannabis isn’t just about creating a new market that will provide jobs and benefit the economy — it’s also about justice for long-marginalized communities and ensuring those who’ve been unfairly penalized in the past will now get a chance to benefit,” Cuomo said in a statement.

Sales might not start until 2022, as the state will take time to establish its regulatory framework, legislative sources told ABC News.

Marijuana use among drivers will be prohibited. The state’s Department of Transportation will research methodologies and technologies for the detection of cannabis-impaired driving and come up with a test for the presence of cannabis in drivers, the governor’s office said.

While local municipalities can opt-out of retail dispensaries or on-site consumption licenses, they cannot opt-out of the statewide legalization law, according to the legislation.

The push to legalize marijuana during this year’s legislative session came after voters in five states, including neighboring New Jersey, approved 2020 ballot measures to change their cannabis laws. A Gallup poll in February showed 68% of Americans supported legalizing cannabis.

In February, New Jersey Gov. Phil Murphy signed a bill to allow for recreational use.

The Virginia state legislature also passed a bill in February that would legalize marijuana in the state. Gov. Ralph Northam said he intends to sign it into law.