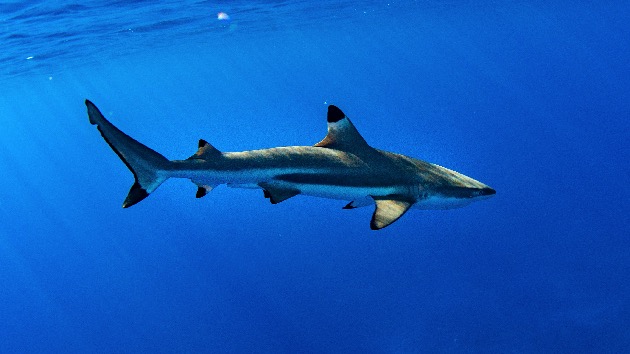 (LAGRANGE, N.Y.) — The only water that runs through New York’s Dutchess County is the Hudson River, known for Northern Pike, Atlantic Sturgeon and the occasional odd whale. So authorities became curious when they learned a Dutchess County man was selling sharks.

It turned out that Joshua Seguine had been keeping live sharks in a pool at his home and offering them for sale on the internet.

Seguine, 40, was convicted Wednesday in LaGrange, New York, of illegal trafficking and ordered to pay a $5,000 fine. He pleaded not guilty.

“The tide has turned for Joshua Seguine, who was convicted and held accountable for his unlawful acts,” said New York Attorney General Letitia James. “We will not tolerate anyone who preys on protected species to line their pockets.”

According to the New York attorney general’s office, Seguine admitted he was transporting the sharks to New York, where he intended to sell them, and that he possessed additional live sharks at his house, offered for sale on the website MonsterFishKeepers.com.

State environmental conservation officers, accompanied by biologists from the Long Island Aquarium in Riverhead and the Wildlife Conservation Society’s New York Aquarium at Coney Island, conducted a search and discovered an above-ground pool in his house that contained seven live sharks.

The sharks were subsequently identified as sandbar sharks, the possession of which is prohibited by New York law without a special license. The search also uncovered two dead leopard sharks, one dead hammerhead shark and the snout of a smalltooth sawfish, an endangered species, according to the state Department of Environmental Conservation.

Biologists from the two aquariums assessed the sharks and transferred them to the Riverhead facility. The sharks were subsequently moved to the New York Aquarium at Coney Island, according to the state Department of Environmental Conservation.

“I applaud the work of our environmental conservation police officers, who spearheaded the investigation that resulted in Joshua Seguine being brought to justice,” said Basil Seggos, Department of Environmental Conservation commissioner.

“It is critical that we work to protect endangered species that are taken from their natural habitats and sold for profit,” he said.