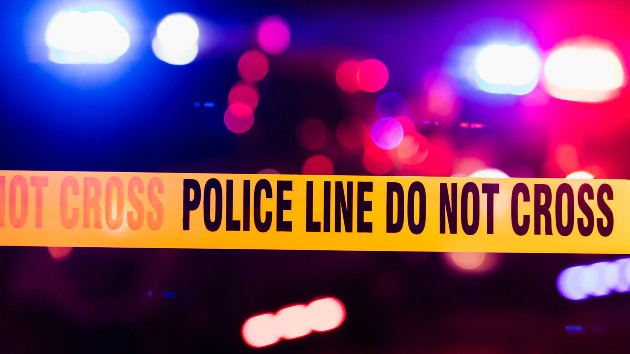 At around 6:15 p.m. a person attempted to enter the George Washington Carver High School gymnasium, where the game was being held, and was refused by one of the staff members, New Orleans police told reporters Friday.

“The officer heard the disturbance and attempted to intervene,” NOPD Superintendent Shaun Ferguson said. “As a result of intervening and attempting to escort this individual out of the school, this individual pulled his weapon out and fired a shot that struck the officer in his chest.”

The shooting happened outside the gymnasium, Ferguson said.

At 6:38 p.m., the NOPD wrote on Twitter that they were on their way to the scene after learning that “a law enforcement officer from an outside agency was shot.”

When they arrived at the high school, police found the officer suffering from a gunshot wound to the chest, the NOPD said in a statement.

The officer, who was also a reserve officer with the City Court Constable, was taken to University Medical Center, where he was later pronounced dead, Ferguson told reporters.

A suspect was immediately apprehended and arrested, according to the police department’s statement.

“We do have an individual detained at this time, who we do believe is responsible for this act,” Ferguson said. “Again, this is a very fluid situation. Our homicide … division will be the lead in this investigation while our force investigation team will assist in this process.”

Ferguson said the deceased officer’s name cannot yet be released, as the incident is still under investigation. The NOPD said in their statement that they will release his name upon completion of an autopsy and notification of family.

“The Orleans Parish Sheriff’s Office mourns the loss of the the deputy constable killed tonight in the line of duty. Our thoughts and prayers are with his family and the 2nd City Court Constable at this difficult time,” he wrote.