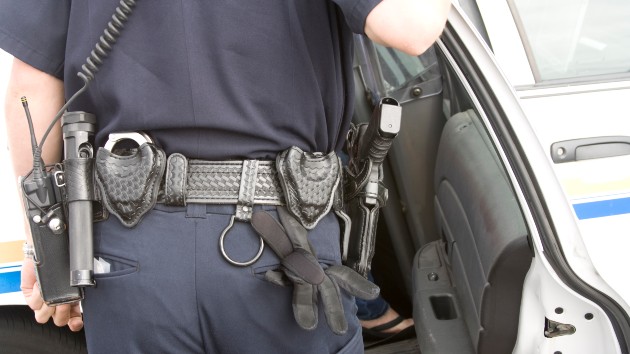 (SALT LAKE CITY) — Police officers in Utah will undergo mandatory training to learn how better to interact with people on the autism spectrum — the result of legislation that passed in March and took effect this month.

The new law requires all police officers in Utah have “training in intervention responses to autism spectrum disorder and other mental illnesses.”

State Rep. Steve Eliason told ABC News that he introduced the bill, in part, after a teen with autism was shot by Salt Lake City Police in September 2020.

“Knowing how to deal with (people with autism) more specifically, just seems like it could do a world of good,” Eliason said.

Eliason called the legislation a “no brainer.”

The training in some cases is put on by the Utah attorney general.

“We’re very excited in law enforcement about the bill,” Attorney General Sean Reyes told ABC News. “We view this as a very positive step forward to help empower law enforcement with the tools that they need to better serve and protect communities — in particular vulnerable communities.”

Reyes said they run training through a virtual simulator and are able to adjust the level of the incident based on how the officer is responding.

“The beautiful thing about the system is that we can change the dialogue, we can change the reaction, the response and we can make it harder (or) better depending on how the officer is navigating this situation,” Reyes explained. “We worked with families with children with autism spectrum disorder, we worked with experts in the education field, in the medical community to behavioral scientists, to actually try to create and develop these modules.”

The attorney general said they first started working with school resource officers to handle the trainings. Cheryl Smith was a family member who they worked with to develop a program.

“People want it, officers want it, families want it, it’s something that needs to happen,” Smith, the founder of Autism Council Utah, told ABC News.

Smith’s son, Carson has autism and she said her biggest fear is that her son is misunderstood by law enforcement.

“Our kids get mistaken for doing things that look maybe odd or maybe like criminal activity,” Smith explained. “But it’s so far from that.”

Smith helped write some of the training curriculum and said police officers have told her they appreciate it.

“They’re hungry for help,” Smith said. “They don’t want to have a bad situation, if this creates a positive outcome, it’s a win-win for the family, the kid and the officer.”

Salt Lake County Sheriff Rosie Rivera said the feedback she has received from her officers was positive too.

“The feedback that I’ve gotten has been ‘gosh that is good training,’ ‘that is really good training,’ so I think that (officers) are open to the training and they’re seeing that it does benefit them,” she said.

Rivera said that having a law mandating training is a good thing because it keeps law enforcement “consistent.”

Smith believes that law enforcement officers shouldn’t be tasked with diagnosing autism, but rather noticing the signs and providing support.

The training is “to show them the difference between autism or mental illness and criminal activity,” she said, “and I want to give them the tools to de-escalate the situation to recognize it.”

The bill works in concert with the Utah Unified Police of Greater Salt Lake’s Project Safeguard — a database in which relatives can fill out information on a family member with autism.

“Number one, it is going to save lives because if one of these individuals is lost in the middle of winter or in a dangerous situation … we will be able to respond quicker because we know where they go,” Smith said.

For Smith, she hopes similar legislation is enacted in other states.

“I hope it goes everywhere, it would be great,” she said.