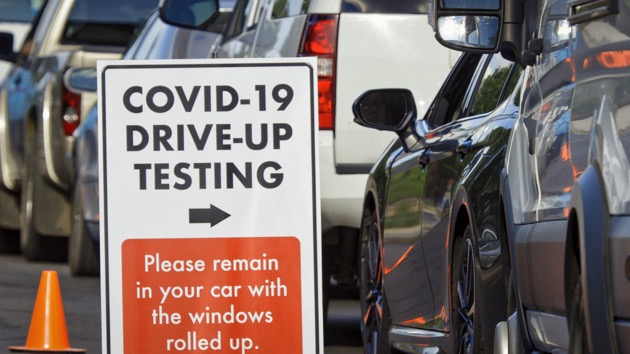 More than 620,000 Americans have died from COVID-19 and over 4.3 million people have died worldwide, according to real-time data compiled by the Center for Systems Science and Engineering at Johns Hopkins University.

Just 59.1% of Americans ages 12 and up are fully vaccinated against COVID-19, according to data from the Centers for Disease Control and Prevention.

The entirely Republican Court granted a temporary stay at the request of Abbott and Texas Attorney General Ken Paxton.

“The ban doesn’t prohibit using masks. Anyone who wants to wear a mask can do so, including in schools,” Abbott tweeted Sunday.

Hearings on the mask mandates will continue in lower courts as scheduled, the Court ruled.

“We won’t stop working with parents, doctors, schools, business + others to protect you and intend to win that hearing,” Jenkins tweeted Sunday.

Hospital officials in Houston said last week that area hospitals with beds had insufficient numbers of nurses to serve them.

Nurses the state was going to surge to the area have yet to arrive, more than two weeks after they were promised.

Gov. Greg Abbott appealed for out-of-state help to fight the third wave of COVID-19 in Texas while two more of the state’s largest school districts announced mask mandates in defiance of the governor last week.

As of Saturday, there are 3.3M confirmed cases of COVID-19 and there have been 54,289 deaths, according to data from Johns Hopkins University. 46.33% of Texans have been fully vaccinated.