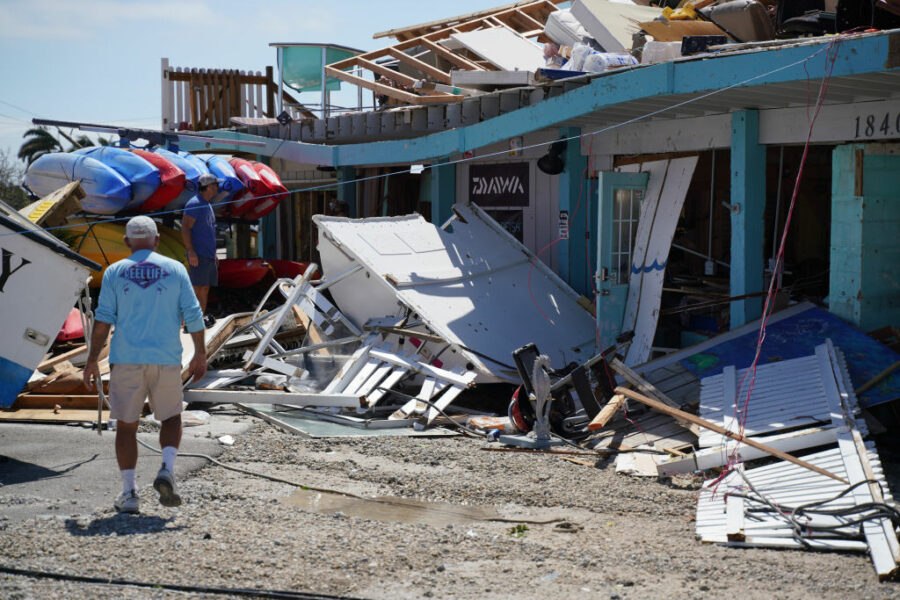 (NEW YORK) — At least 94 people in Florida have died due to Hurricane Ian, according to local officials.

Four additional people were also reported dead due to the storm in North Carolina, the governor’s office said Saturday.

The deaths span multiple counties in Florida, including 54 in Lee County, 24 in Charlotte County, five in Volusia County, three each in Collier and Sarasota counties, two in Manatee County, and one each in Hillsborough, Lake and Hendry Counties, ABC News has determined based on information from the Florida Medical Examiners Commission and inquiries with local officials and authorities.

The death toll from the catastrophic storm has been rising amid ongoing search and rescue missions.

Lee County Sheriff Carmine Marceno said that upward of 700 people were rescued in the devastated county.

“It’s what a heavy heart that I say that number,” Marceno, whose county is home to hard-hit Fort Myers and the barrier island Sanibel, said in video posted to Facebook.

The causes of the deaths in Florida were primarily drownings, as well as two vehicle accidents and a roofing accident, officials said.

It is unclear whether the state’s figure overlaps with ABC News’ analysis. The state confirms deaths by reviewing medical examiner records, which can take some time.

Confirmed deaths from the Florida Department of Law Enforcement occurred in Lake, Sarasota, Manatee, Volusia and Collier counties between Sept. 27 and 30. The victims ranged in age from 22 to 91. One, a 68-year-old woman, drowned after being swept into the ocean by a wave on Sept. 29, the department said.

The Volusia County Sheriff’s Office was among the first to publicly announce a fatality from Ian. A 72-year-old man in Deltona died after attempting to drain his pool during the storm, the office said Thursday.

The storm made landfall again on Friday in South Carolina, which has reported no deaths due to the storm so far, Gov. Henry McMaster said Saturday.

Though in neighboring North Carolina, four storm-related deaths have been reported, Gov. Roy Cooper said in a statement Saturday. Three involved vehicle accidents on Friday, with the victims ranging in age from 22 to 25. Additionally, a 65-year-old man died Saturday from carbon monoxide poisoning after running a generator in his closed garage while the power was out.

Hurricane damage across the southeast, as rescue efforts continue

“I’m afraid we’re going to be dealing with a larger loss of life than we anticipated,” she said on “ABC News Live” Thursday.

He expressed concern for the state’s many low-lying areas.

“The water kills and I’m just — I’m scared to death of, you know, what’s happened here and I hope everybody stays safe,” he said.

Sheriff Marceno told Good Morning America Thursday they had thousands of 911 calls they were answering.

“We still cannot access many of the people that are in need,” Marceno said. “It’s a real, real rough road ahead.”