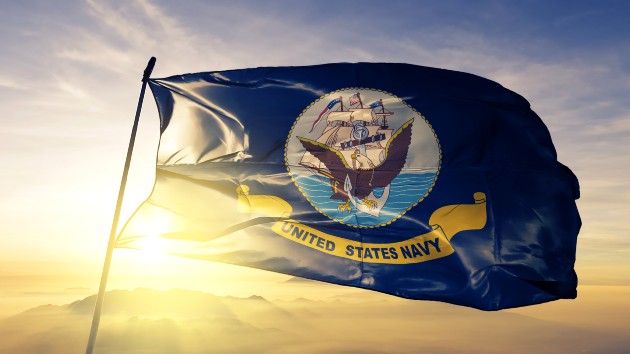 (WASHINGTON) — The Navy’s broad internal look to address racism and sexism in its ranks has made recommendations to do more to keep minorities and women in the force, particularly in the higher officer ranks where African American officers are under-represented.

The review, known as Task Force One Navy, designed to address any systemic inequalities in the Navy, was triggered by the racial reckoning last summer that followed the death of George Floyd.

“We have fallen short in the past by excluding or limiting opportunity for people on the basis of race, sexual orientation, sexual identity, gender or creed,” said Adm. Mike Gilday, the chief of naval operations who ordered the review last June.

“Our Navy must continue to remove barriers to service, and most importantly, be a shining example of a workforce centered on respect, inclusive of all,” Gilday said. “Simply put, all Sailors – uniformed and civilian – and applicants for accession to the Navy must be treated with dignity and respect above all else.”

Conducted over six months and based on surveys and interviews of close to 1,000 enlisted sailors and officers, the task force’s report makes close to 60 recommendations to address the retention of minorities and women in the ranks.

While the percentage of women and minorities serving in the Navy has increased over the last two decades, the report found that retaining them in the ranks has been a struggle.

The report’s authors are encouraged that one in five junior officers are minorities and women, opening up the possibility of greater diversity among the senior ranks in 20 years. Still, concerns were raised about what might happen if they do not stay in the Navy.

From 2005 to 2015, there were 30 African American admirals in the Navy, but those numbers have dwindled to only eight in the last five years.

“If minorities/females aren’t promoted and retained beyond 12 years of service, the pool of talent to compete for senior leadership positions will not appreciably change,” according to the report.

How to recruit and retain those key populations is a focus for Navy leaders.

“One, we need to bring more diversity in the front door, and two, we need to make sure that we keep that diversity,” Vice Adm. John Nowell, the chief of naval personnel, told reporters ahead of the report’s release on Wednesday.

“If we’re not bringing enough diversity in the front door, it’s causing a problem for us 20 or 30 years from now,” Nowell said. “My big takeaway was that a deliberate formal process, to never let your eye off the target, is critical.”

To that end, the report makes recommendations to incentivize recruitment and retention among minorities and women, including expanding the payment of student loans for officers, investing in science and mathematics programs to encourage interest in Navy programs, collaborating with minority fraternities and sororities and promoting respect and inclusion across all ranks.

Multiple listening sessions with sailors across the Navy provided the team with anecdotal insights that highlighted what they saw as potential disparities.

“Respect, empathy, skepticism, training, accountability, and the silence of leadership” were the main themes heard at the sessions, according to Rear Adm. Alvin “Bull” Holsey, who was one of the review’s leaders.

Force Master Chief Huben Phillips, another of the review’s leaders, said the issue of respect quickly became the top theme of the discussions.

“It was the respect connected to ‘they don’t see me, or they don’t understand me’ and that was highlighted throughout,” Phillips said.

The senior enlisted sailor for the Navy’s personnel office noted that commanders at the sessions struggled “with having that conversation” and did not realize how complex that discussion could be.

“In every session, there’s a good number of folks who said ‘nothing’s gonna change,"” Holsey said. “So we’re committed to making sure this happens.”

To that end, one of the task force’s key recommendations is the addition of “respect” to the Navy’s core values of honor, courage and commitment.

“The goal of this initiative is to influence and encourage active and reserve service members, government service civilians and contractors within the (Department of the Navy) to embrace and embody the new Navy core value of “respect” in every aspect of the Navy and our culture,” said the review.

But a key factor will be earning the trust of sailors that the Navy is committed to change, said Phillips.

“The more sailors start to see and believe that we are truly committed to excellence in the fair treatment of all, then more of those things that (Adm. Nowell) talked about are going to be exposed,” Phillips said. “Then that covert behavior is going to be brought to the light and we’re going to eradicate it from our Navy.”