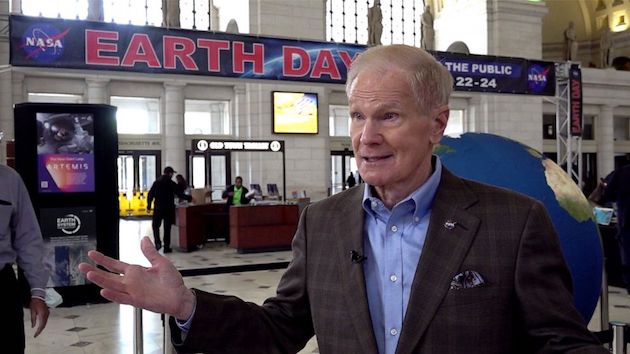 Bill Nelson, NASA’s administrator and highest-ranking official, made an appearance announcing a mission control initiative focused on NASA’s state-of-the-art climate-monitoring system called the Earth Information Center, which is expected to launch in the next few years.

Nelson, who championed environmental causes as a Democratic senator from Florida for 18 years, said NASA’s role in curbing climate change is bringing a data-driven approach to everybody, including all levels of government, universities, schools, the private sector and the “everyday American.”

“The reason we want to bring this to the public is this is our home,” Nelson said. “This is the planet, it’s the only one we have. We want to keep it.”

While still in the conceptual phase, the center would be funded by the president’s most recent budget proposal for fiscal year 2023. The $2.4 billion could fund real-time climate- and weather-monitoring systems easily accessible to the public.

Nelson said it’s wonderful to see kids’ eyes light up when they interact with the exhibits.

NASA hopes to inspire children like 8-year-old Connor Everitt to explore their scientific passions. Connor said he dreams of becoming an engineer and is inspired by NASA’s innovations.

“Anything that we can do to inspire them to have a greater tomorrow for the entire world is a good thing,” his father, Cole Everitt, said.