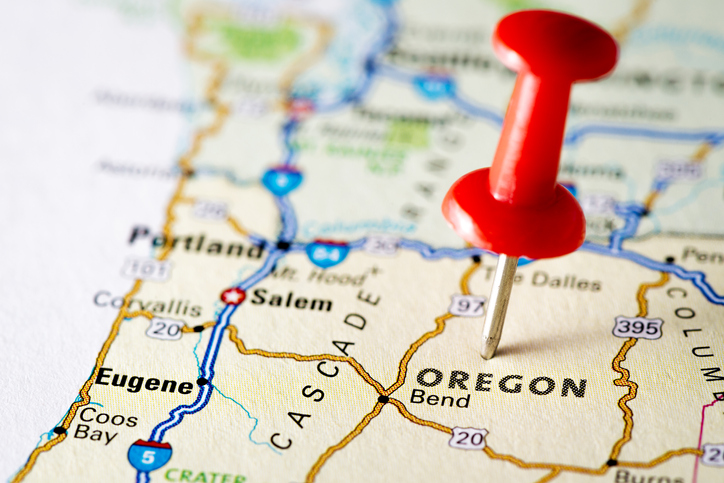 (MEDFORD, Ore.) — A day after Alejandra, which is not her real name, arrived for a job harvesting marijuana at a farm near Medford, Oregon, she says things took a harrowing turn when armed guards prevented workers from leaving.

“You feel horrible. You feel humiliated, trampled on. You feel like dying,” Alejandra said.

Pot was legalized for recreational use in Oregon in 2015. The goal was to generate tax revenue for the state while curbing the black market. But years later, foreign drug cartels have taken advantage of the limited oversight by running illegal farms on the backs of exploited migrant workers, officials told ABC News.

On these unlicensed farms in southern Oregon, estimated to be in the thousands, workers like Alejandra are often forced to live and work in deplorable conditions as they tend to the crops.

“We were prisoners, because we couldn’t go out. We worked very long hours, sometimes until 2 or 3 in the morning. They were constantly pushing us to work faster, to trim the pot,” Alejandra said.

The work was supposed to take 15 days, but ended up lasting an entire month, Alejandra said. “I feared for my life, because [the guards] would act really crazy. I kept thinking about my kids, my mother. Wishing I could see them again. That’s all I could think about.”

Over the past year, ABC News has been tracking the underbelly of marijuana legalization in southern Oregon, where federal, state and local law enforcement are working together to combat the growing problem of “narco slavery.” The three-part investigation, “THC: The Human Cost,” is airing this week on “ABC News Live.”

Special Agent-in-Charge Robert Hammer leads the initiative to root out Oregon’s illegal pot farms for Homeland Security Investigations’ Pacific Northwest Office. Last August, the news of a dying man left at a gas station set off alarm bells for Hammer and his team.

“We were able to track that [person] back as a worker on one of the farms,” Hammer said.

“We’re not trying to look at it as, ‘Oh, this is just another marijuana operation.’ We’re really trying to focus on the fact that this is the exploitation of people. This is the destruction of the environment through illegal pesticides,” Hammer said.

“The marijuana black market is out of control in the United States and threatens the integrity of the already struggling regulated cannabis industry,” said Terry Neeley, founder and managing director of West Coast AML Services, which creates risk management programs for financial institutions to safely bank marijuana-related businesses. “This crime of human slavery is not unique to the U.S. Narco slavery will spread around the world like a cancer as other countries legalize marijuana. Tough drug laws need to be in place at the state level and aggressively enforced to curb the narco-slave epidemic,” he said.

ABC News embedded with HSI on a joint raid with local authorities in October. On a property about 20 miles outside of Medford, agents found 17 workers and a 2-year-old toddler.

A total of three neighboring properties were also raided. At one site, law enforcement says they counted a little over a hundred illegal greenhouses, more than 8,500 black market marijuana plants and 7,000 pounds of processed illegal cannabis.

After each raid, authorities bulldoze and demolish the grow site in order to keep the illegal farms from resurfacing. A nongovernmental organization called Unete steps in to make sure workers, who are mostly undocumented, have access to food and shelter.

Many workers arrive to the U.S. from Mexico and Central America desperate for work, Unete co-director Kathy Keese told ABC News. Keese said the workers’ vulnerability makes them easy targets for human trafficking and exploitation by the cartels.

“You can’t talk about it, because you don’t know who you can be talking to, and they might seek retaliation with your family. So it’s better to stay silent,” said Maria, which is not her real name. She also worked on a cartel-run pot farm in Oregon.

Both Alejandra and Maria asked for their real names not to be used, because they fear retaliation from the cartels.

Maria said she heard about the job through someone who called themselves a contractor. She was told they paid well, and they didn’t check her immigration status.

“They told us, it’s like you were going to harvest grapes – you’ll come and go. But when we got there, it wasn’t like that,” Maria said.

Like Alejandra, once Maria began working on the farm, armed guards prevented her from leaving until the harvest was over. She said there were no bathrooms or beds for the more than 200 workers there. She slept on the floor or on an air mattress.

In the summer heat, she and others were forced to work from 7 a.m. to 10 p.m., Maria said. The guards would determine when they would wake up, eat and sleep.

When police raided the farm, Maria said she ran into the mountains and hid for 12 hours because she feared she would be thrown in jail or deported. When she returned to the camp, everything — and everyone — was gone.

Last year, Oregon lawmakers agreed the problem with illegal pot farms is out of control, recognizing the cartels had infiltrated the industry and migrants were being trafficked to work the fields.

Currently, 21 states and Washington, D.C., have legalized the recreational use of marijuana. Some advocates say it needs to be decriminalized nationally to prevent cartels from smuggling cannabis to buyers in states where it’s still illegal.

“The states have been forced to step up and do it themselves. People who try to play by the rules are dramatically disadvantaged. They face higher costs. There’s no effective regulation for the people who cheat. In fact, the incentives are for the black market,” Blumenauer told ABC News.

Meanwhile, officers in Oregon are hoping to combat labor exploitation by creating more incentives for farm workers to come forward.

“The law is very clear. If you’re a victim of human trafficking, the law is on your side. There are various protections that can be put in place in order to mitigate any type of immigration concern that victims would have,” Hammer said.

Alejandra and Maria both said they never got paid for their work. The contractors vanished, leaving the women with nothing but bad memories and the fear it will happen again.

“A lot of people have gone through the same, and even worse; they are no longer with us to tell their stories,” Alejandra said.