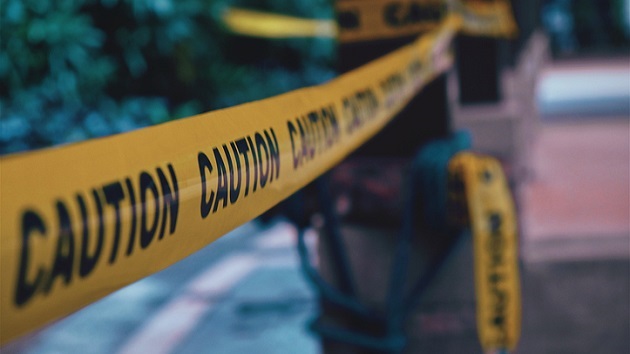 (BUTLER TOWNSHIP, Ohio) — The FBI is involved in a multistate manhunt for a person of interest sought in the fatal shooting of four people in Ohio.

Marlow has ties to Indianapolis, Chicago and Lexington and could be in one of these cities. He should be considered armed and dangerous.https://t.co/OclLDzP0b4

Marlow is wanted in connection with the shooting deaths of four people in Butler Township, a small town north of Dayton on Friday, police said.

The four victims were pronounced dead at the scenes. They have not been identified by police.

Butler Township Police Chief John Porter said they don’t believe there is a continued threat to the neighborhood but “we will continue to have crews in the area in case Marlow would return,” he told reporters on Friday. The Dayton Police Department Bomb Squad was also contacted “out of an abundance of caution,” he said.

Neighbors were asked to review any video camera footage from that day.

Porter said police were working to determine “if there were any motive to this horrible tragedy” and did not have any further information on the investigation.

“This is the first violent crime in this neighborhood in recent memory,” Porter said.

Marlow is believed to have fled the area in a white 2007 Ford Edge SUV with the Ohio license plate JES9806, police said.

He was described by police as approximately 5’11”, 160 pounds with short brown hair and was last seen wearing shorts and a yellow T-shirt.