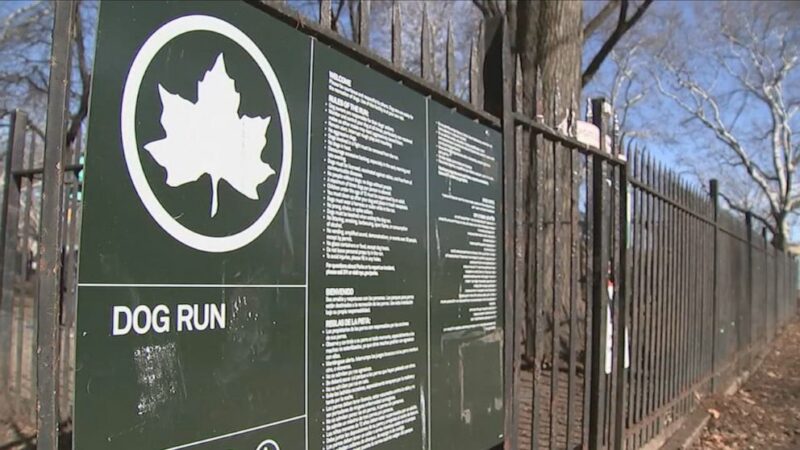 (NEW YORK) — New York City dog owners are being warned after several pets may have been sickened by leptospirosis, a disease commonly associated with rats.

A city council member said this week his office had received “reports of multiple dog fatalities” in the Brooklyn neighborhood of Williamsburg.

“The reports to our office indicate that dogs played at McCarren [Park] Dog Run before becoming sick,” council member Lincoln Restler said in a social media post Wednesday, which advised dog owners about the potentially deadly bacterial disease that is spread through the urine of infected animals.

In an update Friday, Restler said his office had received a report about potential cases of leptospirosis “allegedly causing the death of four dogs” that had been to the park’s dog run.

The city’s health department told ABC News Saturday it has not confirmed reports of canine leptospirosis related to McCarren Park, but it is working with the city’s parks department to inspect rat activity there.

“Dog owners who are concerned should consult their veterinarian about vaccination and seek vet care early if their dog is ill,” the health department said in a statement. “We urge veterinarians who receive positive results of leptospirosis to report it to the Health Department as required by the NYC Health Code.”

The parks department also said an “outbreak” of reported cases has been unconfirmed.

“We like our four-legged friends happy and healthy, and are sad to learn that some pups may have recently been impacted by leptospirosis,” the parks department said in a statement to ABC News. “We are actively engaged with the Department of Health and Mental Hygiene, and exploring options to mitigate any related risks.”

On Friday, workers replaced trash cans with rat-resistant ones in the area and an exterminator conducted an inspection. Starting Monday, the park will also “work to refresh this area” including replacing wood chips.

An exterminator last treated the area for rats three weeks ago, the parks department said.

“We understand the cause for concern and urge dog owners to be vigilant and cautious when walking their pets,” it added.

Restler said the concerns highlight the need to address “the rat infestation and underlying conditions to make sure dogs & our whole community are safe.”

Dakarrie Garcia, a local dog trainer, told ABC New York station WABC he was concerned about conditions at the park.

“It’s disgusting. If you look around the park, there’s rat holes everywhere around the dog park,” Garcia said.

NYC Parks said it received two complaints regarding rodents in McCarren Park in the past year.

The health department said it investigates about 15 cases of canine leptospirosis each year and that “clusters” of the disease are “very rare.”

Symptoms of leptospirosis may include fever, chills, vomiting, muscle aches or diarrhea and usually appear one to two weeks after exposure. In some cases the disease may cause kidney or liver failure.

“Owners should not let their pets drink from puddles or other sources of water that may be contaminated with rat urine,” the health department said.