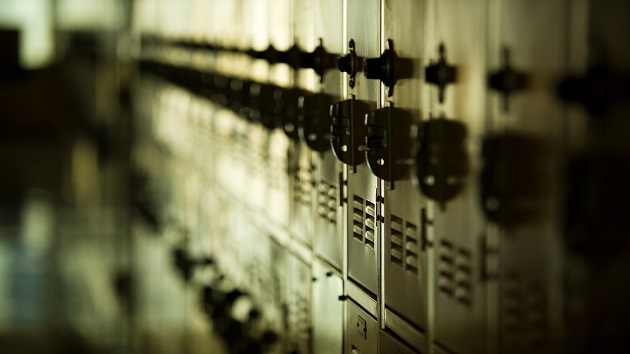 (EASTLAKE, Ohio) — The mother of an Ohio middle schooler is suing her daughter’s school district, alleging a nurse’s aide strip searched the girl.

The federal lawsuit, filed on Dec. 28, names Willoughby-Eastlake Schools Board of Education and three Eastlake School Middle employees as defendants. The lawsuit alleges violations of the teen’s constitutional rights, failure to train school employees, and intentional infliction of emotional distress.

On Sept. 27, the unnamed middle schooler — a current eighth grade student at Eastlake Middle School — was approached by another student who asked to leave her vape pen in the teen’s gym locker, according to the lawsuit. The student “begrudgingly agreed,” the lawsuit states.

Just before lunch the same day, the school’s principal Colleen Blaurock pulled the eighth grader out of class and questioned her about the vape pen, according to the lawsuit.

According to the lawsuit, Blaurock then proceeded to search the student’s gym locker and hallway locker, but both searches turned up empty.

Then, the lawsuit says the teen was taken to the nurse’s office. There, a nurse’s aide Rosalyn Rubertino allegedly forced the middle schooler to strip down to only her underwear after the middle school’s assigned nurse Megan Kuhlman — who was not present at the time — allegedly instructed her to do so over the phone.

The lawsuit states that the body search also turned up empty. Following the search, the teen was suspended from the school.

James Macy, chair of the School Law section at von Briesen law firm, said the question of whether schools are justified in strip searching students rests on if they have “reasonable evidence” indicating the student has “contraband or illegal substances” that present safety concerns to the student or others.

“What’s the evidence? To what degree do we have any immediacy to health and safety issues? And then to what degree do we work with law enforcement and the parents to address the situation?” Macy told ABC News. “All of that comes into play before a decision is made.”

The plaintiff’s lawyer Jared Klebanow told ABC News Cleveland affiliate WEWS that in this student’s case, he believes the school went too far.

“A lot of people might say it was one day, move on. But this is an impressionable teenaged girl, and you can imagine the range of emotions. You have fear, humiliation, right?” Klebanow said. “It’s embarrassing she had to go through this and be all but naked in front of a stranger.”

Willoughby-Eastlake City Schools Board of Education, Blaurock, Kuhlman, and Rubertino did not immediately respond to ABC News’ requests for comment.