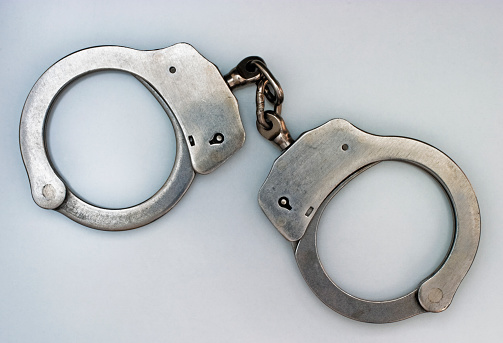 (WEST PALM BEACH, Fla.) — Four-and-a-half years ago, a days-old newborn was found dead, floating in the ocean off the coast of Florida. The case turned cold with no fruitful leads and the female infant was never identified.

On Thursday, authorities in Palm Beach County said that they have arrested the mother of the infant with the help of the same genetic genealogy technique that led to an arrest in the “Golden State Killer” case in California.

“It was four years ago that I stood in front of these same cameras and asked for the public’s support in trying to figure out what happened and who this unidentified child was,” Palm Beach County Special Investigations Unit Captain Steven Strivelli told reporters during a press briefing Thursday. “I’m very, very happy to announce that today, we have all those questions answered.”

An off-duty firefighter was boating on June 1, 2018, when he spotted the little body floating on the ocean side of the Boynton Beach Inlet, authorities said at the time. The newborn was dubbed “Baby June” and authorities released an artist-rendered image of how the baby might have looked at birth.

Investigators searched records of every child recently born in Palm Beach and Broward counties but didn’t turn up anything, Strivelli said. A $10,000 reward was offered for information leading to an arrest. None of the tips they received were helpful, though, and the cold case squad took the case, he said.

“We were starting to look like we were heading towards a dead end,” Strivelli said, until their crime lab and cold case team were able to identify the infant’s father.

Using investigative genetic genealogy, a technique that was also used to solve the “Golden Gate Killer” case, the sheriff’s office uploaded the newborn’s DNA into a publicly available database, FamilyTreeDNA, and was able to identify a close relative, according to Julie Sikorsky, supervisor of the office’s forensic biology unit.

“We rebuilt the family tree and identified the close relatives, and then established the link to our suspect today,” Sikorsky told reporters.

Investigators found a likely father of the newborn, which they confirmed through DNA testing, Detective Brittany Christoffel of Palm Beach County Sheriff’s Office said. The father told investigators he had a girlfriend at the time who told him she had been pregnant but had “taken care of it,” according to Christoffel.

“He knew nothing about this baby,” Christoffel said. “He was thinking she perhaps had an abortion.”

Investigators obtained a “covert DNA sample” from his former girlfriend — “a piece of garbage she discarded” — and confirmed she was the mother of the newborn, Christoffel said.

Through search warrants, they learned she had been at the inlet on May 30, 2018 — 48 hours prior to when the baby was found — and had searched for and seen news articles about the discovery in the following days and weeks.

“But she’s never come forward in all this time,” Christoffel said.

Christoffel said they interviewed the mother, identified as 29-year-old Arya Singh, as well as several friends and family members. Detectives determined no one else knew about the incident and that Singh “was solely responsible for the baby ending up in the Boynton Beach Inlet,” Christoffel said.

Singh was taken into custody Thursday and will be charged with first-degree murder, according to Dave Aronberg, the state attorney for Palm Beach County. It is unclear if she has an attorney who can speak on her behalf. ABC News was unable to reach members of her family.

Singh reportedly told investigators she did not know she was pregnant until she gave birth on May 30, 2018, and was not sure if the baby was dead or alive.

“By the time the baby went into the inlet, she was already deceased,” Christoffel said.

“It’s a whole new world as far as technology is concerned,” Bradshaw told reporters. “We had a lot of people at the beginning say, ‘You got nothing, you’ll be lucky if you ever find anybody in this.”’

Editor’s note: A previous version of this story incorrectly stated that authorities were able to make an arrest with the help of the same genealogy database, when it was with the help of a genetic genealogy technique. The story has been updated.