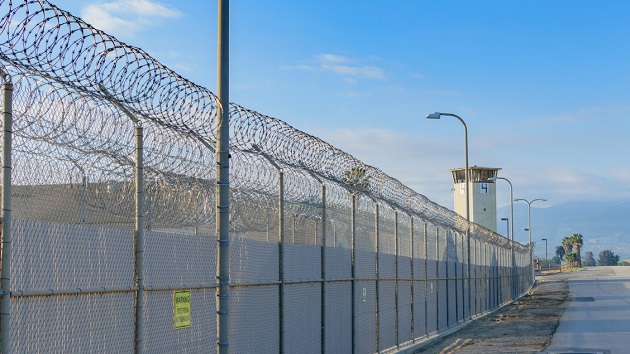 In a typical year, about 11 officers lose their lives, One Voice said.

Friday night, One Voice will honor those fallen in a virtual candlelight vigil.

“We mourn the 219 correctional officers and 41 non-custody employees who died while reporting for duty during the pandemic as well as the thousands of incarcerated individuals who have died across the country,” said Andy Potter, retired correctional officer and founder of One Voice United.

Freeman, a father of three kids was a dedicated softball coach and family man, his children and wife told ABC News.

“He was a master at prioritizing the things that really mattered,” Ingrid Freeman, one of Freeman’s three children, said. “He always put us first. He put our family dog first. Above all, he put his wife first.”

Freeman’s wife Lisa, who is also a correctional officer at the ACI, told ABC News that he was her best friend and partner.

“From my point of view he wasn’t just my husband, he was also my best friend, and he was probably the best partner I had ever had at work,” she said.

Freeman’s son Stone said his dad could move effortlessly from work to spending time with his family.

“He could work [a] seven-to-three shift at a prison with these really dangerous people, and then somehow be at the softball fields at five o’clock hitting ground balls and laughing and, almost as if he didn’t come from, from such a dark place beforehand,” his son said. “He had a really easy way of connecting with any type of people, whether it was the people that were incarcerated, his co-workers or, or just the people within the community.”

His daughter Ingrid said that she will miss her dad’s sense of humor.

“He was just always the center of the party without even trying,” she told ABC News. “He was just so humble and kind and funny.”

In a statement to ABC News, Rhode Island Department of Corrections chief of information and public relations officer J.R. Ventura, said the passing of Freeman was a “terrible and painful loss,” adding that the 30-year correctional officer will be “sorely missed.”

Both state and federal prisons have lost officers as a result of the pandemic.

“The past year has been devastating to the corrections profession in the United States,” Shane Fausey, president of the National Council of Prison Locals 33 told ABC News. “The human tragedy is the sacrifice of more than 250 Correctional Professionals and the suffering of their families left to grieve their sudden losses.”

Fausey continued: “The COVID-19 pandemic has left an indelible scar as it has resulted in the single most deadliest year in corrections across all boundaries, from our county jails, to our state prisons, to our federal penitentiaries. A year we shall never forget, and most importantly, the heroes of corrections we will honor and remember forever.”

There have been six Bureau of Prisons correctional officers that have lost their lives to COVID-19, according to the union.

Members of Congress from both parties called the deaths of correctional officers tragedies.

“The Judiciary Committee will continue to hold BOP accountable and support efforts to improve vaccination and prevention strategies for the men and women who work in our federal prison system,” Durbin said in a statement to ABC News.

Rep. Fred Keller, a Pennsylvania Republican and Chairman of the Bureau of Prisons Reform Caucus, said they are working to have the Bureau be more transparent and accountable.

“Since the pandemic began our caucus has been working diligently to bring greater transparency and accountability to the BOP with one goal in mind: ensuring the health and safety of correctional officers nationwide,” Keller, who chairs the Bureau of Prisons Reform Caucus, said.

Lisa Freeman said that she is “grateful” for the time she spent with her husband of almost 30 years, saying they were the best years of her life.

“I owe everything that I have, my children and everything around me, to my husband,” she said.