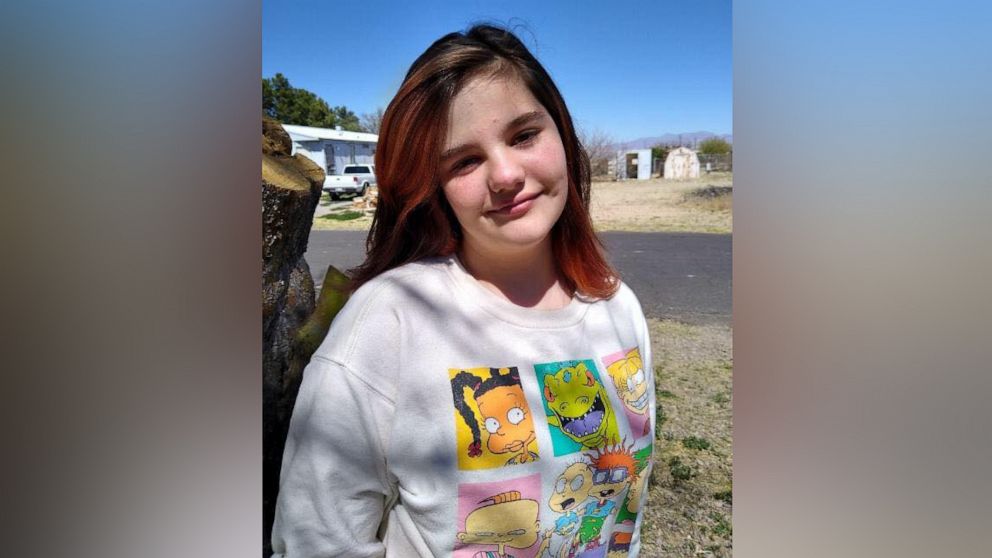 (SAFFORD, Ariz.) — As the search for a missing 12-year-old Arizona girl entered its second week, the child’s mother spoke out, saying, “I’m scared to death.”

Betty Taylor was reported missing by her family eight days ago after she told her father was going for a walk and never returned to her home in Safford, Arizona, according to the Graham County Sheriff’s Office.

Over the weekend, community volunteers fanned out across the Graham County town, passing out missing person flyers to raise awareness about the child’s disappearance.

Police have also used helicopters, search dogs and drones to look for the girl, and officers on horseback and all-terrain vehicles have combed the desert area around the small town at the foot of the Pinaleno Mountains in southeast Arizona, about 130 miles from Tucson.

Betty was last seen on March 20 when she left her home at about 11 a.m., telling her father, Justin Taylor, she was going for a walk, according to a statement from the Graham County Sheriff’s Office. When she failed to return home by 6 p.m. that day, the family went searching for her before reporting her missing at 8 p.m. that night, according to the statement.

The girl is described as 5 feet, 5 inches tall and 135 pounds with hazel eyes and shoulder-length brown hair with red highlights. She left her home wearing a black sweatshirt with white letters on the front, a neon-colored baseball cap, blue jeans and turquoise and pink Vans tennis shoes.

She was also carrying a purple JanSport backpack, according to the sheriff’s office.

Sheriff’s officials asked that anyone with information about the girl’s whereabouts immediately call 911 or contact investigators at (929) 428-3141.