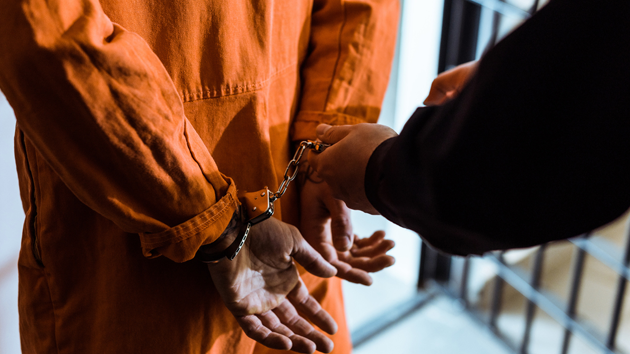 (IOWA) — The 27-year-old man convicted of first-degree murder in the 2018 abduction and killing of University of Iowa student Mollie Tibbetts was sentenced on Monday afternoon to life in prison without the possibility of parole.

Cristhian Bahena Rivera, an undocumented farmworker from Mexico, was sentenced after a victim impact statement from Tibbetts’ mother, Laura Calderwood, was read in court by a victim advocate from the Iowa State Attorney General’s Office.

“I come here to give a voice to our daughter, granddaughter, sister, girlfriend, niece, cousin and friend, Mollie Cecilia Tibbetts,” Calderwood wrote. “Mollie was a young woman who simply wanted to go for a quiet run on the evening of July 18 (2018) and you chose to violently and sadistically end that life.”

Both Bahena Rivera and his attorneys declined to make a statement.

“Mr. Bahena Rivera, you and you alone forever changed the lives of those who loved Mollie Tibbetts,” Yates said.

Yates ordered that Bahena Rivera be immediately transferred to the Iowa Department of Corrections Medical and Classification Center to begin his sentence.

Bahena Rivera was convicted in May by a jury that deliberated for seven hours over two days.

Yates postponed the sentencing date after Bahena Rivera requested a new trial based on his and his attorneys’ claim that he was framed for Tibbetts’ slaying by the real killers.

Yates denied the motion for a new trial this month following a hearing in July. In his ruling, Yates wrote, “providing an alternative suspect is only a useful strategy when it is believable.”

The 20-year-old Tibbetts vanished on July 18, 2018, while out for a jog in her hometown of Brooklyn, Iowa. The case drew national attention as the search for Tibbetts went on for a month and a reward fund for information about her whereabouts ballooned to nearly $400,000.

Tibbetts’ body was recovered from a cornfield in Poweshiek County District after Bahena Rivera led investigators to the remains.

During Bahena Rivera’s trial, the jury heard two wildly contrasting theories of what happened to Tibbetts.

Iowa police investigators testified that they questioned Bahena Rivera after his car, a black Chevrolet Malibu, was captured on surveillance video circling the neighborhood in Brooklyn at the time Tibbetts was last seen alive jogging in the area.

During a lengthy interview, investigators testified that Bahena Rivera allegedly told them he saw Tibbetts jogging and thought she was “hot.” They said he claimed to have followed Tibbetts, gotten out of his car and jogged alongside her, but she rejected his advance and threatened to call the police.

Investigators said Tibbetts was stabbed repeatedly but that Bahena Rivera told them he blacked out and did not recall attacking her. He said he later remembered putting Tibbetts’ body in the trunk of his car when he noticed her earbuds in his lap while he was driving. He claimed, according to investigators, that he drove to the cornfield and buried Tibbetts body under leaves.

In a stunning twist, Bahena Rivera, who speaks little English, testified in his own defense at his trial, claiming he was kidnapped by two masked and armed men, who forced him to drive to where Tibbetts was jogging and one of them killed her and put her body in his car’s trunk.

He claimed he put Tibbetts’ body in the cornfield, but did not go to the police because the kidnappers threatened to harm his ex-girlfriend, the mother of his young daughter, if he spoke to authorities.