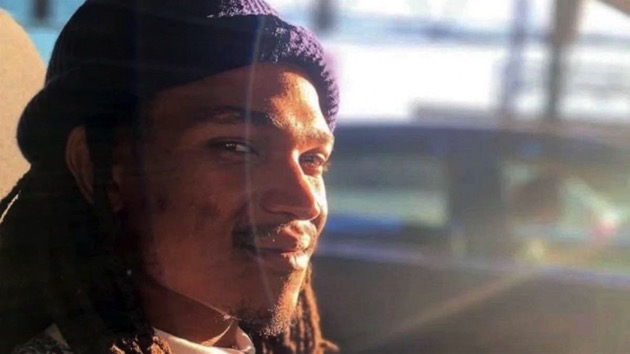 (VENANGO COUNTY, Pa.) — The family of a Jamaican immigrant is calling his death a “modern-day lynching” after he was found shot to death on the front lawn of a rural Pennsylvania cabin.

Peter Bernardo Spencer, 29, was invited by a co-worker to join him at a cabin in Rockland Township, Pennsylvania, on Dec. 11, according to his family.

On Dec. 12, just a few hours later, Spencer was found with nine bullet wounds: one to the mouth, two in his buttocks and six in his abdomen or chest, according to the Venango County Coroner.

“They are trying to sweep this under the rug,” Spencer’s sister, Tehilah, wrote on a GoFundMe page. “We will not let them … He was slaughtered and killed in what I consider an act of modern-day lynching!”

Paul Jubas, the family’s lawyer, released autopsy photos of Spencer on his social media accounts at the family’s request. Jubas said the coroner’s assertion that he was shot in the chest and abdomen is a “misrepresentation” and that the photos indicate at least four of the shots were to Spencer’s back.

Pennsylvania State Police were called to the home around 2:30 a.m. and found Spencer dead on the front lawn with multiple gunshot wounds. Police say they found multiple firearms, “ballistic evidence” and controlled substances at the home.

Four suspects at the home were detained and questioned but were released after consultation with the Venango County District Attorney’s Office, according to officials. Pennsylvania State Police officials said they are investigating this as a homicide and the investigation involving the district attorney’s office is ongoing.

The district attorney’s office told ABC News that it will not comment on the ongoing investigation “out of concern for the impact that may have on a case and any potential charges.”

“Further disclosure of information may hinder or interfere with the investigation moving forward,” the district attorney’s office said in a statement to ABC News. “This office takes seriously any possibility that a crime may be fueled by hatred toward a person because of their race, color, religion or national origin. Rest assured, the Venango County District Attorney’s office will take every measure to ensure that justice is sought wherever it may be found.”

“The Franklin state troopers office will not give Peter’s family nor myself any information regarding this incident,” Carmela King, Spencer’s pregnant fiancee, wrote in a GoFundMe post. “We have been turned away several times while trying to reach out for information regarding what happened.”

The Pennsylvania State Police did not respond to ABC News’ requests for comment.

No one has been charged with a crime, and Spencer’s family is demanding answers, according to a statement from Jubas.

The family is demanding that the Venango County coroner must immediately turn over all photos and other pertinent information; the FBI or Department of Justice gets involved in this investigation and provides transparency for Spencer’s family; and the Venango County district attorney refers the case to Pennsylvania Attorney General Josh Shapiro.

Spencer loved the outdoors and hunting, according to his family. Several groups, including Hunters of Color, Brown Girl Outdoor World and Outdoor Alliance, have joined forces to demand justice in the murder of Spencer.

A petition from more than 30 groups is urging the county district attorney, state officials and the U.S. attorney general to take action in setting “a precedent so that all future hunters, outdoor recreationists, and people of color know that justice is on their side, and that the outdoors are truly for everyone.”

The petition has gotten more than 15,000 signatures online.