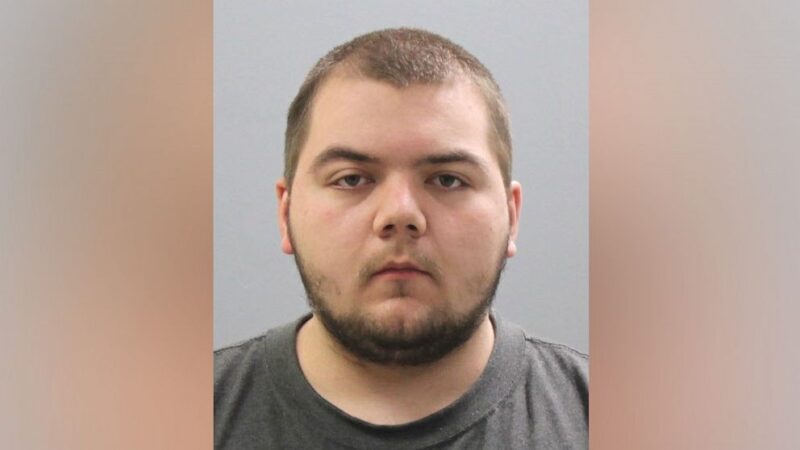 (FREDERICK COUNTY, Md.) — A Maryland teenager is facing murder and gun charges after being connected to a missing person case by authorities in Frederick County.

Joshua Eckenrode, a 19 year old from Fredrick County, Maryland, was charged with murder after Curtis Smith went missing earlier this month. Smith, also 19, had told relatives he was driving to West Virginia and court documents obtained by ABC News indicated that he was going to meet the suspect to buy, sell or trade a firearm.

Upon searching Eckenrode’s house after detaining him, the court records say that detectives found a cache of weapons at Eckenrode’s house and “evidence was consistent with Eckenrode possibly intending on committing a mass shooting and/or mass casualty event.”

Authorities reportedly found a “large amount of firearms, including handguns, shotguns and semi-automatic rifles.” During the search, detectives located possible bomb-making materials, including fuses, the broken off tips of matches, gunpowder and Tannerite. There were also two explosive devices located along with a note addressed to Eckenrode’s family apologizing for “having to go out this way.”

“There was also a plan of action written detailing guns strategically stored in different stages at unknown locations,” the court documents said.

“A small box of fireworks were located, with some firecrackers, taped together in a group. A shotgun was also located in the bedroom identified as that of Joshua Eckenrode. Several spent shell casings of multiple caliber were found in the yard in several locations,” according to the court records.

The Fredrick County Sheriff’s Office lauded the quick work of its detectives.

“Our detectives and deputies, along with officers from the Frederick Police Department, have been working around the clock to solve this murder,” said Lt. Andy Crone, FCSO criminal investigations commander. “These professionals worked every lead, tip and call they received and through their investigative efforts this person was quickly identified and detained.”

Evidence recovered from a trash can at Eckenrode’s house included a sweatshirt and blood-stained towels consistent with Smith’s blood, court documents said.

Authorities said that Smith was killed at Eckenrode’s residence, placed into his own car and left at an abandoned property.

After disposing of the body, according to court records, Eckenrode received a ride home from a friend and, upon arrival, “he began cleaning and disposing of blood evidence.”

An attorney for Eckenrode was not immediately listed.