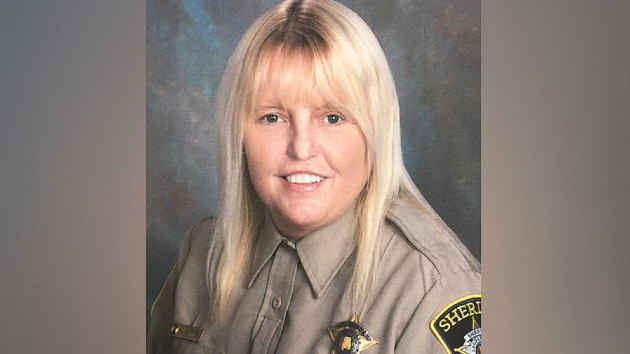 On April 18 — just days before she allegedly fled with inmate Casey White — Vicky White closed on the sale of her home for just over $95,000. Lauderdale County Sheriff Rick Singleton has said that investigators suspect Vicky White is “flush” with cash from the sale.

It’s now been one week since murder suspect Casey White, 38, and Lauderdale County Assistant Director of Corrections Vicky White, 56, went missing. The two are not related.

Authorities said they believe Vicky White willingly participated in the escape from the Lauderdale County jail. The pair “may be armed with an AR-15 rifle, handguns and a shotgun,” the U.S. Marshals Service said.

Vicky White and Casey White disappeared on the morning of April 29, after Vicky White allegedly told her colleagues that she was taking Casey White to the Lauderdale County Courthouse for a “mental health evaluation,” the sheriff said. He didn’t have a court appearance scheduled, Singleton said.

Vicky White also allegedly told her colleagues that she was going to seek medical attention after dropping the inmate off at court because she wasn’t feeling well, but Singleton said his office confirmed that no appointment was made.

Singleton has described Vicky White, a 17-year veteran of the department, as “an exemplary employee” until now.

Vicky White had submitted her retirement papers and the day of the escape was her last day, the sheriff said.

The pair may be driving a 2007 orange or copper Ford Edge with minor damage to the left back bumper, according to the U.S. Marshals Service.

At the time of his escape, Casey White was facing two counts of capital murder for the stabbing of Connie Ridgeway in 2015, according to the U.S. Marshals Service.

Vicky White was described by authorities as 5 feet, 5 inches tall and approximately 145 pounds, with brown eyes and blond hair, though the U.S. Marshals Service said Thursday that she may have tinted her hair a darker shade. She was also described as reportedly having a “waddling gait.”