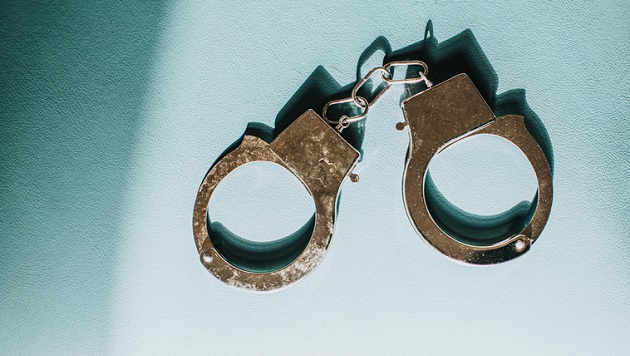 (RED WING, Minn.) — Years after two infants were discovered dead along a stretch of the Mississippi River in Minnesota, police have identified and arrested their mother in connection with one of their deaths.

Jennifer Lynn Matter, 50, is charged with two counts of second degree murder in connection with the December 2003 death of her newborn son.

Four years before the body of her son was discovered, police had found a female infant’s body in the river. Investigators had suspected the two infants were siblings and their DNA profiles were run against criminal databases over the years to find their parents, but no match had been found, Drew Evans, the superintendent of the Minnesota Bureau of Criminal Apprehension, told reporters during a press conference.

Genetic genealogy ultimately provided the lead that led to Matter’s arrest by connecting officers to two persons of interest, Evans said. Investigators learned of a relative of the children in Goodhue County, Minnesota, and then worked to narrow their search, identifying Matter as the most “logical and likely” mother, he said.

Matter of Red Wing, Minnesota, had declined to voluntarily provide police with a DNA sample, according to the complaint. After obtaining a search warrant for the sample, police were able to identify Matter as the mother of the two children, the complaint says.

Charges have not been filed against Matter in connection with the 1999 death of Matter’s infant daughter, Stephen O’Keefe, the Goodhue County attorney, said at a press conference Monday. He declined to give a reason, but said the investigation is ongoing. Charges could be added or amended at a later time as more evidence comes to light, he said.

Information on an attorney for Matter was not immediately available.

During a bail hearing on Tuesday, a judge denied Matter’s application for a public defender, according to ABC affiliate KSTP in St. Paul, Minnesota. Her bail was set at $1.5 million without conditions, according to court records.

Investigators interviewed Matter on May 5, which is when she admitted the child born in November 1999 was hers, according to the criminal complaint. Matter told investigators she was in a bad mental state that year saying she was “in and out of jail, drinking too much, doing a lot of stupid things and had experienced chaotic life circumstances for a long time,” the complaint says.

Matter said that she was not aware she was pregnant when she started bleeding after dropping off her two other children. When she returned home, she said she began giving birth in the bathroom, according to the complaint.

Matter told investigators that a day later she drove the baby to Bay Point Park in Red Wing in the middle of the night and put her in the water, the complaint says.

A boater found the baby wrapped in a towel in the water, according to the complaint.

An autopsy of the newborn concluded that the manner of death was homicide, but the cause of death was undetermined, the complaint shows.

Matter said she gave birth to the second baby on a beach in nearby Florence Township in December 2003 while she was “laying low” because there was a warrant out for her arrest and she believed cops were looking for her, the complaint revealed.

Matter told investigators she did not remember whether she wrapped the second baby in a towel or a blanket and said she did not look to see the gender of the child. Matter said she remembered leaving the baby on the beach before driving away.

Matter later told investigators the child was breathing and may have been crying, but she did not remember it. Matter said she did not call 911 and hoped someone in the houses nearby would find the baby, according to the complaint.

A group of teenagers found the infant’s body along the shoreline of the river, the complaint shows.