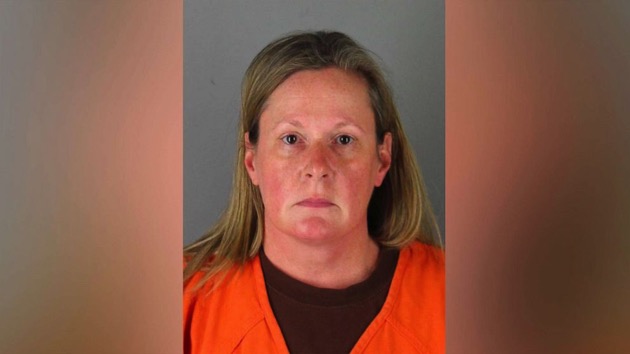 (MINNEAPOLIS) — The former police officer who killed Daunte Wright, a 20-year-old Black man, is scheduled to appear in court for a pretrial hearing on Monday at 1:30 p.m. Former Brooklyn Center Officer Kim Potter is charged with second-degree manslaughter in the fatal shooting of Wright.

Potter shot and killed Wright on April 11 during a traffic stop in Minnesota. Police say they pulled Wright over for expired registration tags but arrested him after discovering an outstanding warrant for his failures to appear in court on prior charges.

Body camera footage shows officers trying to arrest Wright but the 20-year-old frees himself and re-enters his car. The officers and Wright appeared to scuffle as the cops attempt to pull Wright from the car. In the footage, Potter repeatedly yells “Taser” before shooting a single shot in Wright’s chest with her firearm. Wright drove away, and the car drove several blocks before crashing.

At an April 12 press conference, then-Brooklyn Center Police Chief Tim Gannon said he believes Potter meant to deploy her stun gun when she shot Wright. Gannon said the department trains officers to carry their handguns on the side of their dominant hand and to carry the stun gun on the “weak” side.

Wright’s death was ruled a homicide in a preliminary report from the Hennepin County Medical Examiner.

Potter and Gannon resigned from their positions at the police department shortly after the shooting. Potter could face up to 10 years in prison if convicted.

Benjamin Crump, the Wright family attorney, rejected the belief that the shooting was an accident in a April 13 news conference.

The incident was followed by days of unrest and protests. Tensions were stoked by the Derek Chauvin murder trial, which was happening in the same region, at the same time. The former Minneapolis police officer has since been convicted of murder in the death of George Floyd.

Since Wright’s death, the Brooklyn Center City Council approved a proposal from Mayor Mike Elliott that would create a new Community Response Department and Civilian Traffic Enforcement Department. These departments would allow civilian employees to respond to non-moving traffic violations and mental health crises. The new divisions would be composed of medical and mental health professionals, as well as social workers.

“This is just the first step in a long road ahead — but that is work that we as a city are ready to do with our community,” Elliott tweeted. “There will be lots of questions to answer, lots of learning, and lots of opportunity for the community to be at the center of this change.”