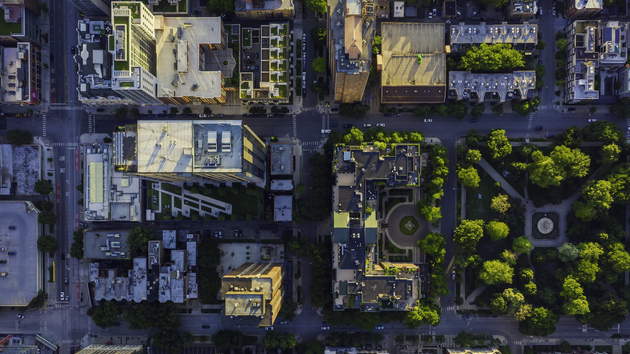 (ATLANTA) — When the pandemic hit the U.S. in March 2020, Schantayln Sherman, a single mother of a daughter with special needs, faced a series of medical and financial setbacks that left her unable to pay her rent.

As she received rental assistance, Sherman said she tried to look for more affordable housing but that it was the “hardest thing” because stock is low, demand is high, waitlists are long and restrictions in terms of credit scores and income levels are limiting.

“I have been looking to find more affordable housing, and, unfortunately, here in Atlanta, or if I even moved to another city in Georgia, it’s just not there right now. The rent is expensive everywhere,” she told ABC News.

According to a July report from the National Low Income Housing Coalition, rent is “out of reach” for most low-wage workers in every U.S. state — a crisis that disproportionately harms people of color. A full-time worker has to earn at least $20.40 per hour to afford renting a modest one-bedroom home or $24.90 per hour for a modest two-bedroom home, according to the report.

Henry Louis Taylor Jr., a professor of urban and regional planning at the University of Buffalo, said the housing shortage also is a root cause of poverty.

“If poor people were paying 15 to 20% of their income on housing, poverty, as we know it, would have disappeared,” he said. “You can’t attack these issues without government intervention aimed at reducing the costs of housing and raising its quality.”

Housing and Urban Development Secretary Marcia Fudge wrote in the NLIHC report that the findings highlight “the urgent need for our government to expand affordable housing.”

She also outlined how the Biden administration’s budget and “Build Back Better” agenda, which includes funds for rental assistance and investments in building or modernizing affordable housing units that “would serve as a critical down payment toward his plan to put housing assistance in reach for every household in need.”

Taylor said that the private sector has always failed to provide a sufficient stock of quality housing options for low-income communities and the government hasn’t done enough to correct that market failure.

Jonathan Cappelli, an affordable housing advocate and director of the Neighborhood Development Collaborative in Colorado, echoed Taylor’s sentiment, describing the environment as “a landlord’s market.”

Cappelli told ABC News that rental assistance funds are meant for tenants and landlords who are experiencing financial hardships during the pandemic, but in states like Colorado the majority of the funds have not been distributed.

And as landlords struggle to recover, many are likely to raise rents that are already surging, Cappelli said.

“Those rents are just going to keep on climbing up, and it will continue to serve just higher and higher incomes and create more and more scarcity for low and moderate income households,” he added.

Hannah Adams, a staff attorney at Southeast Louisiana Legal Services, said much of the current rental housing stock is “incredibly substandard, and really much of it is unlivable” — and landlords have no incentive to improve it.

“When you have people lined up down the street for one available affordable housing unit, there’s really no competition in the market,” she explained.

Adams represents low-income renters experiencing housing instability or health-threatening living conditions in the New Orleans area and beyond, where COVID-19 cases are surging. She said she’s been flooded with calls from tenants during the pandemic over deteriorating living conditions.

The shortage “forces the lowest-income, most vulnerable tenants into really substandard housing conditions, which can exacerbate the health impacts of the pandemic,” she added.

The Centers for Disease Control and Prevention issued an order on Tuesday barring evictions for 60 days in counties with “substantial and high levels” of community transmission, but that relief is temporary and housing insecurity continues to haunt millions.

More than 15 million people already live in households currently behind on their rent payments, putting them at risk of eviction, according to a report released last week by the nonprofit think tank Aspen Institute.

Sherman is one of them.

Amid the pandemic, her 18-year-old daughter Jasmine, who is nonverbal, in a wheelchair and requires around-the-clock care, lost access to her therapy sessions and had to stay home. And as Sherman struggled to find affordable caregivers, she suffered an injury that required surgery and eventually took unpaid, family and medical job-protected leave from her job as a clinical administrator to care for herself and her daughter.

Although she was initially able to receive rental assistance, Sherman received an eviction notice last week after a payment for the month of July was not received by her property manager.

“I was very shocked and it was really heartbreaking when I received that notice,” she said. “Sometimes things happen to people out of their control. And, you know, I was seeking assistance … it just didn’t come fast enough.”

Sherman told ABC News on Wednesday that her property manager agreed to cancel the eviction filing while payment is processing, but her ongoing housing insecurity is leading to “a lot of anxiety and stress.”

“You don’t know from day to day what’s going to happen,” she said, adding that she has been looking for more affordable housing every day but feels “stuck” because prices are so high.

“I’m trying to move out of Atlanta, to move somewhere where maybe, possibly, you know, the rent can be a little bit more affordable. But every time I look everywhere, the prices are expensive,” she said, adding that her dream of becoming a homeowner for now seems “out of reach.”

“I’m hoping you know, that I will be in a place where I can have my own dream home, but right now it’s just very difficult, and it’s just not looking good right now. So I’m going to have to continue to rent.”