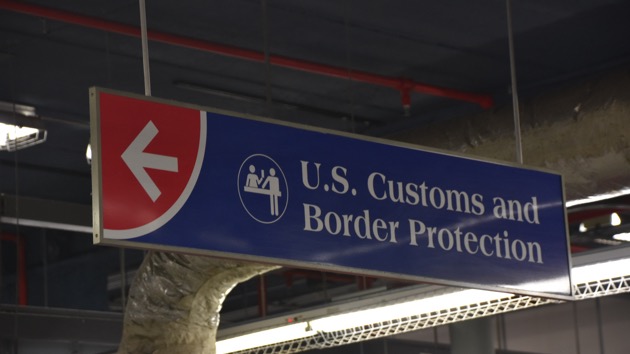 (WASHINGTON) — Immigration authorities in the Rio Grande Valley in Texas have been releasing a growing number of migrants from custody before they have court dates, a practice that Republicans have pointed to as the latest example of the Biden administration’s struggle to handle the growing number of people trying to cross the southwest border.

Although it’s not unique to the Biden administration, even some Democrats are pointing out the unprecedented nature of the move.

“They released about 150 people, families, without even a notice to appear,” Rep. Henry Cuellar, D-Texas, said on ABC News Live Prime of the actions taken over the weekend. “I’ve never seen that before.”

However, Ruben Garcia, the director of Annunciation House, an El Paso, Texas, organization that helps support migrants, immigrants and refugees, told ABC News that asylum seekers don’t always receive a court date at the time of release and that notices of appearance are sometimes sent by mail to the addresses of their relatives or sponsors.

Two Customs and Border Protection officials told ABC News that more migrants than usual in the Rio Grande Valley area have been released on a case-by-case basis without notices to appear in court in an effort to more quickly process them through CBP custody and reduce overcrowding.

“Instead, those limited groups of migrants are now responsible for completing their processing and setting up their court appearance at their final destination where they can continue their claim for asylum,” said one official who was not authorized to speak publicly.

One source familiar with the matter told ABC News that only migrants deemed low-risk were being released without a specific court date.

Outside of the Rio Grande Valley some migrants have been released with notices to appear, but no court dates. At the Val Verde Border Humanitarian Coalition, which provides temporary relief for migrants after their release from Border Patrol custody, one aid worker noticed the line “yet to be determined” in place of a date and time on several recent notice to appear documents.

Asked about the initial reports of the releases on Monday, White House press secretary Jen Psaki said the actions only applied to “narrow circumstances,” and that the impacted families are tested and quarantined as needed ahead of immigration proceedings.

“If families are going to be deported and they’re awaiting deportation, they don’t need a court date and they don’t need a notice to appear because it has already been determined that they will be sent back to their home countries,” she said. “Sometimes that takes a minute to ensure there is proper transportation and steps in place to do that.”

In a statement about the letter from Republicans, Biggs said the Biden administration “continues to add more incentives to those who willfully break our laws and take advantage of our system.”

Sarah Pierce, a policy analyst with the Migration Policy Institute, an immigration research organization, told ABC News that the actions in the Rio Grande Valley aren’t “unprecedented,” and that Border Patrol facilities are trying to process migrants “as quickly as possible.”

“This is typically a last-ditch effort and reflects significant capacity issues at the local level,” she said, adding that similar actions were taken at times during the Obama and Trump administrations during the 2014 and 2019 surges of migrants at the U.S.-Mexico border.

Former President Donald Trump blamed Democrats for creating a policy of “catch and release” for migrants that went in and out of custody from the border, calling it a “Democrat rule.” But in reality, the Department of Homeland Security has released migrants from custody across administrations. Usually they are given a notice to appear, sometimes with court dates and, more often now, without.