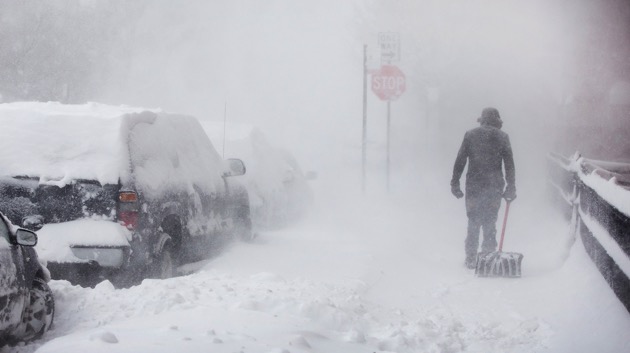 (NEW YORK) — The Midwest is bracing for a storm that could bring major snowfall and leave dangerous ice on roadways.

The storm is set to strike Tuesday through Thursday. A winter storm watch has been issued from Colorado to Michigan, including Kansas City, St. Louis, Chicago, Indianapolis and Detroit.

More than 1 foot of snow is possible between Chicago and Indianapolis and also near Detroit.

This storm is expected to drop freezing rain and sleet — leaving dangerous, icy roads — in a huge part of the country, especially in Texas, Oklahoma, Arkansas, Missouri, Illinois, Indiana and Ohio.

By Thursday morning the wind chill — what temperature it feels like — is forecast to drop to 14 degrees in St. Louis, 0 degrees in Chicago, minus 25 degrees in Minneapolis, minus 17 degrees in Amarillo, Texas, and minus 16 in Denver.

Meanwhile, by the end of the week the Northeast will be thawing out, with temperatures rising to the mid 40’s in New York City and Boston.