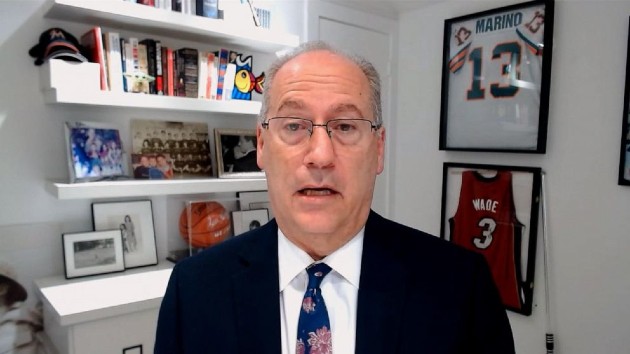 (NEW YORK) — The mayor of Miami Beach said officials are “trying to get a handle on” the maskless revelers flooding the city’s entertainment district with no social distancing in sight.

Amid concerns of a COVID-19 surge following spring break parties, the city of Miami Beach declared a state of emergency for its entertainment district on Saturday. Pepper balls were used to control crowds Saturday night as law enforcement tried to enforce a new curfew. The Miami Beach City Commission has enacted a Thursday-to-Sunday 8 p.m. curfew for the entertainment district through the morning of April 12.

Miami reached a 9% positivity rate last week — the highest test-positivity rate of any large metro area in the U.S., according to the Department of Health and Human Services.

Neighboring towns have sent over police officers to help stem the crowds, the mayor said. Gelber asked Gov. Ron DeSantis for help, who has sent additional highway patrol officers to the city, he added.

“We’re trying to get a handle on it. And we’re only doing it through policing and a curfew and shutting down our causeways coming into our city in the evening,” Gelber said. “But that’s just a temporary stop. Hopefully it will calm down in a few weeks when other places open up and this pandemic really gets into the rearview mirror, where it’s not now.”

To those looking to party in Miami Beach, the mayor pleaded: “If you’re coming here because you think anything goes and the rules don’t apply … you’re wrong.”