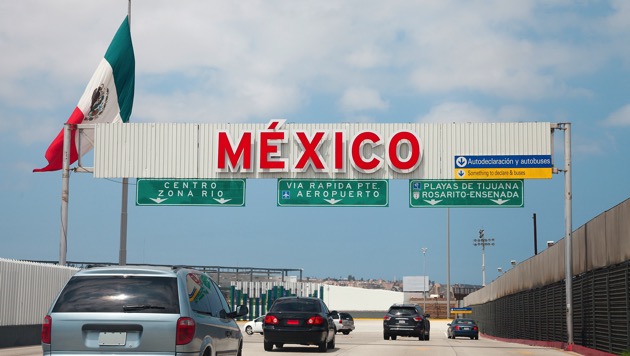 (WASHINGTON) — Mexico has stopped accepting families designated for “expulsion” from the U.S.-Mexico border under the auspice of a COVID-19 order held over from the Trump administration, a source familiar with the matter confirms to ABC News.

The directive relies on a decades-old section of the public health code known as Title 42. It has been used to quickly deport or “expel” migrants at the border more than 380,000 times since the pandemic began, according to U.S. Customs and Border Protection (CBP) data.

The unwillingness of some Mexican states to accept families could potentially lead to an increase in the release of parents and children into the United States.

Trump administration officials previously cited Title 42 as a necessary measure to deal with the reduced capacity of holding facilities impacted by the pandemic. Advocates have decried the protocols, saying they severely limit access to legal services for refugees. Most migrants subjected to Title 42 measures are returned to Mexico in a matter of hours.

CBP acknowledged in a statement the use of “alternatives to detention” which can include ankle monitoring or bonded release as a means to handle increased numbers of migrants entering immigration custody.

“Whenever feasible we are seeking alternatives to detention in cases where the law allows,” CBP said in a statement. “For those released, CBP may work with non-government organizations who will assist them through the out-of-custody process.”

In his first televised interview as Homeland Security Secretary, Alejandro Mayorkas stressed the rule of law when asked how he would balance immigration enforcement with renewed compassion for immigrants while announcing an end to “the cruelty of the prior administration.”

“We have asylum laws that provide humanitarian relief,” Mayorkas told CNN. “Those who qualify under those laws are entitled to the relief that we extend those who do not, will not, be able to remain in our country.”

President Joe Biden has spoken to Mexico’s President Andrés Manuel López Obrador and other Latin American counterparts about the need to strictly enforce “humane” policies at the border.

“The last thing we need is to say ‘we’re going to stop immediately the, you know, the access to asylum the way it is being run now,’ and end up with 2 million people on our border,” Biden said in December. “It’s a matter of setting up the guardrail so we can move in the direction.”

Authorities have seen an increase of unauthorized migrants at the southern border, including families and children traveling alone, since April of last year, according to CBP data.

The division of the U.S. government responsible for care of unaccompanied migrant children has prepared for an influx that could overwhelm its already expanded capacity.

The Department of Health and Human Services’ Administration for Children and Families division announced it will reopen a remote facility in Carrizo Springs, Texas, to accommodate 700 teens with the option of further expanding the site by adding tent structures.

“[The Office of Refugee Resettlement] must ensure that children can be released from CBP custody in a timely manner,” ACF said in a statement. “It is therefore prudent to prepare to increase the number of shelter beds available so that ORR continues to be able to accept [unaccompanied child] referrals from CBP in a timely manner.”

The children are expected to start arriving in about the next two weeks after clearing a COVID-19 screening, according to ACF.