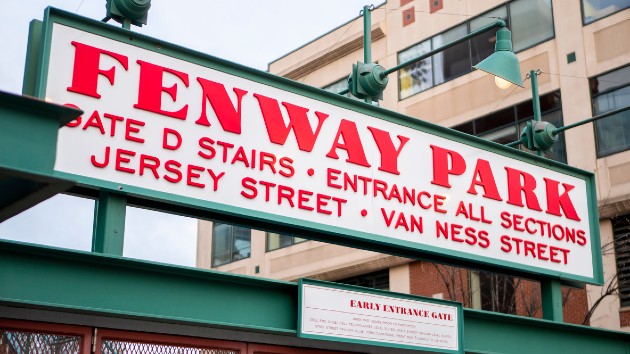 (BOSTON) — A pair of trespassers who breached security at Boston’s famed Fenway Park and posted a TikTok video of them playing pantomime baseball on the snow-covered diamond are being sought by police, authorities said.

Boston Red Sox officials said the team is taking the incident “very seriously” and is working with the Boston Police Department to identify the alleged trespassers and determine how they breached the oldest Major League Baseball stadium in the country.

A spokesperson for the team told the Boston Globe that the incident occurred around 1 a.m. on Feb. 7.

Investigators began probing the incident after the suspects, simply described by police as “two young men,” posted the video of their intrusion on TikTok a few days ago.

Both men wore protective face masks during the excursion.

City officials have been using Fenway Park as a mass COVID-19 vaccination site since Feb. 2.

In the video, which has since been scrubbed from TikTok, one of the men was recorded feigning swings from the pitcher’s mound before his companion points him in the direction of the batter’s box and simulates throwing him a pitch.

Looking around the 109-year-old stadium, which features a 37-foot-2-inch-high left-field wall known as the Green Monster, the person recording the video seemed in disbelief that they had successfully infiltrated the field.

“We’re on the baseball field at Fenway Park,” he is heard saying in the video, which was obtained by ABC affiliate WCVB-TV in Boston.

He is also heard in the footage, saying, “I don’t see anyone. I’m mean, I’m kind of messed up, so I can’t really tell. But dude, this is crazy. We’re on Fenway Park.”

The Red Sox said in a statement that the two men were confronted by security before they fled the stadium, which is near the city’s Kenmore Square neighborhood.