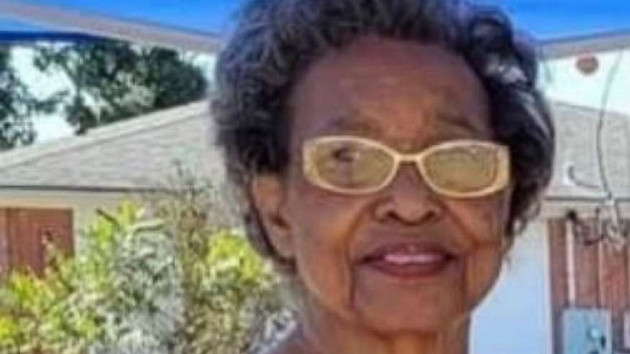 (NEW YORK) — A mayor running for re-election died in a car crash on election morning just hours before the polls were set to close and the results were announced, police said.

A preliminary investigation into the crash revealed that a male driver, of Columbia, Louisiana, was traveling south on LA 741 in his 2015 Ram 2500 pickup truck when he reportedly failed to yield to the 2008 Acura RDX that was carrying 84-year-old Velma Hendrix — the incumbent mayor of Melville, Louisiana — while the vehicle was traveling west on US 190.

“As the Acura approached the intersection, [the driver] failed to yield as he attempted to cross over both westbound lanes of US 190,” said the Louisiana State Police. “The front of the Ram struck the passenger side of the Acura in the westbound lane of travel.”

Hendrix, who was sitting in the rear left passenger seat in the Acura, was not wearing her seatbelt when the pickup truck collided with hers. She was immediately taken to a local area hospital following the crash but ultimately died of her injuries suffered in during the accident.

The driver of the Acura — who was also not wearing a seatbelt — along with three other passengers in the same vehicle, all suffered moderate to critical injuries and were taken to local hospitals for treatment, according to authorities.

The driver of the 2015 Ram 2500 pickup truck was not wearing his seatbelt either, police say, but he was uninjured in the collision.

The crash remains under investigation.

First elected mayor of Melville, Louisiana, in 2018, Hendrix had been running her re-election campaign against challengers Sheila “Sam” Londerno and Caretta Robertson.

The St. Landry Parish Clerk issued a statement following the announcement of Hendrix’s death regarding what would happen next with the election process.

Following the accident, Louisiana State Police took the opportunity to remind motorists to “slow down and come to a complete stop in order to ensure no cross traffic is present and ALWAYS wear your seat belt, regardless of seating position.”

Said the police: “Simple precautions such as these can often mean the difference between life and death.”