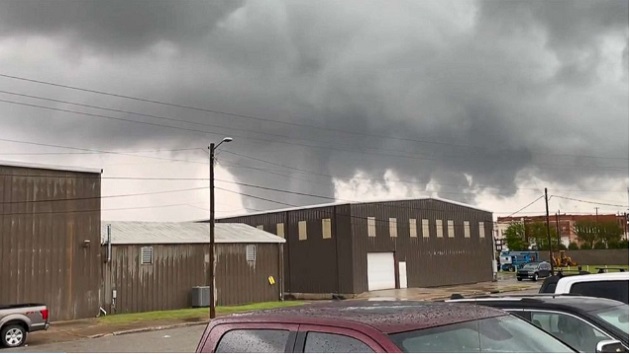 (NEW YORK) — It was a chaotic meteorological transition into spring as March saw the highest number of tornadoes in a single month in U.S. history.

At least 218 tornadoes occurred in March, with many of the tornadoes happening toward the end of the month, according to the National Weather Service.

On March 30, eight states in the South and Midwest were under tornado watch.

A powerful EF-3 twister with winds up to 145 mph tore through Springdale, Arkansas, on March 29, injuring seven people and inflicting heavy damage to an elementary school, the NWS reported.

That tornado was measured to be an EF-3 with winds of at least 130 mph, according to the NWS.

A tornado on March 21 killed a 73-year-old woman and injured 10 others in Grayson County, Texas, said Sarah Somers, the director of the county’s office of emergency management.

Up to 30 homes were destroyed in an area just north of Winterset, Iowa, announced Diogenes Ayala, the director of Madison County Emergency Management Agency, during a news conference at the time.

Even more severe weather that could conjure up more tornadoes is expected over the next several days. On Sunday and Monday, tornadoes could pop up in eastern Oklahoma, northeast Texas, southern Missouri and much of Arkansas.

On Tuesday, enhanced risks are also predicted from Iowa to Texas, with damaging winds, hail and strong tornadoes possible. That system will then shift to Arkansas and Louisiana on Wednesday.