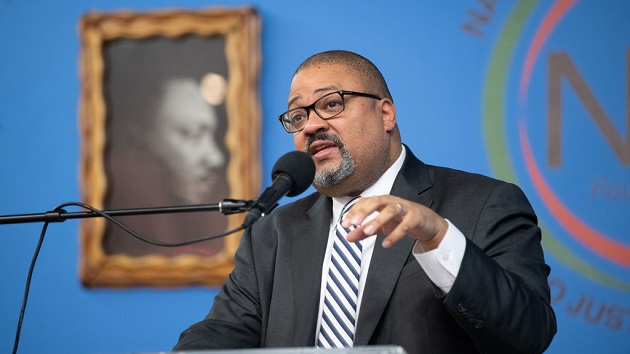 (NEW YORK) — Former President Trump, members of his family, and the real estate business that bears his name remain under criminal investigation in Manhattan despite the recent resignations of the two experienced prosecutors leading the case, Manhattan District Attorney Alvin Bragg insisted Thursday in his first public statement about the case since the resignations in February.

Bragg said the statement was meant to respond to repeated questions about the highest profile case he inherited from his predecessor nearly 100 days ago.

Those questions followed the departure of prosecutors Carey Dunne and Mark Pomerantz, the latter of whom opined in his resignation letter that Trump “is guilty of numerous felony violations” but that Bragg had “reached the decision not to go forward” with the criminal case.

“The team working on this investigation is comprised of dedicated, experienced career prosecutors,” Bragg’s statement said. “They are going through documents, interviewing witnesses, and exploring evidence not previously explored. In the long and proud tradition of white-collar prosecutions at the Manhattan D.A.’s Office, we are investigating thoroughly and following the facts without fear or favor.”

Trump has denied all wrongdoing.

The Trump Organization and Trump’s long-serving chief financial officer, Allen Weisselberg, have each pleaded not guilty to charges they’ve faced in connection with the probe, which has been looking into whether proper taxes were paid on perks given to certain Trump Organization executives.

The case also examines how Trump valued his real estate holdings when he sought loans and tax breaks. The New York Attorney General’s office is conducting a parallel civil investigation.

Bragg’s insistence that the criminal probe remains active comes despite the absence of overt developments that were apparent during earlier stages of the investigation, when subpoenas were routinely issued and witnesses were regularly appearing before a grand jury.

Bragg declined to discuss grand jury matters, which are meant to remain secret, but he concluded his statement with a pledge to the public:

“While the law constrains me from commenting further at this time, I pledge that the Office will publicly state the conclusion of our investigation — whether we conclude our work without bringing charges, or move forward with an indictment.”