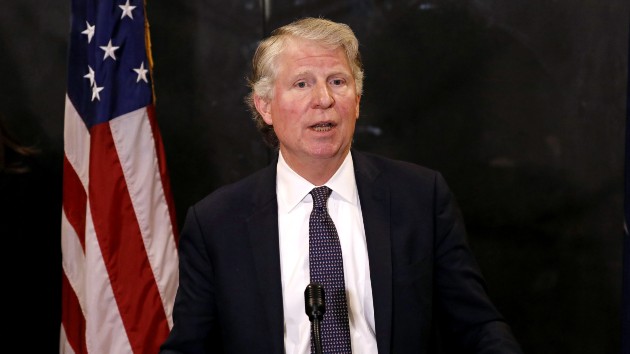 (NEW YORK) — Cy Vance announced Friday he would not seek another term as Manhattan District Attorney, a position he used to prosecute Harvey Weinstein and investigate former President Donald Trump.

Vance is departing this December after more than a decade atop one of the most prominent and powerful prosecutors’ offices in the country. It is expected he will either charge a crime or close the investigation of Trump before he leaves office.

The Manhattan DA’s office is investigating possible bank, insurance and tax fraud over the way the former president’s namesake business valued properties in New York City and beyond.

“Representing the People of New York during this pivotal era for our city and our justice system has been the privilege of a lifetime,” Vance said in a statement Friday. “When I ran for this job in 2009, I said that a District Attorney’s responsibilities should extend beyond obtaining convictions in court, and that a 21st century prosecutor’s mandate is to move our justice system and our community forward.”