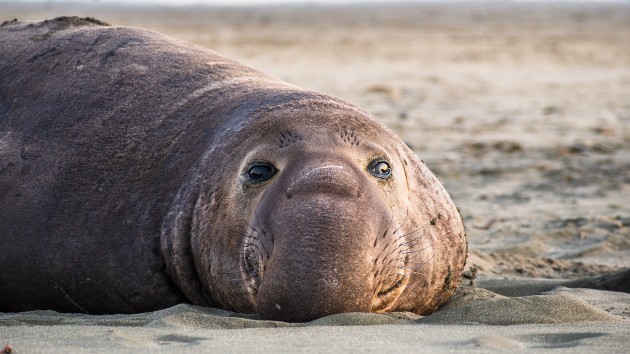 (NEW YORK) — A man has been sentenced to three months in federal prison after shooting an elephant seal in the head with a handgun while it rested peacefully on a California beach.

The incident originally occurred on Sept. 28, 2019, when 30-year-old Jordan Gerbich from Santa Maria, California drove to an elephant seal viewing area near the Piedras Blancas Marine Reserve and Monterey Bay National Marine Sanctuary with a .45 caliber pistol and a flashlight.

Gerbich subsequently approached one of the elephant seals as the animal was resting on the beach and killed it by shooting it directly in the head with a single gunshot, according to a statement from the United States Attorney’s Office for the Central District of California.

“The next day, the elephant seal was discovered on the beach with a bullet hole in its head,” the statement read.

“It remains unclear what motivated [Gerbich] to commit such an act; nevertheless, [Gerbich] knew it was wrong,” prosecutors wrote in their sentencing memorandum.

According to the United States Department of Justice, Gerbich, who now lives in Coalville, Utah, pleaded guilty in December 2020 to one misdemeanor count of illegally taking a marine mammal.

It was announced on Monday that Gerbich was sentenced by United States District Judge Dale S. Fischer to three months in federal prison for the heinous act.

“Judge Fischer also ordered Gerbich to be placed on one year of supervised release following his release from prison, serve a three-month term of home detention, perform 120 hours of community service, and pay a $1,000 fine,” said the United States Attorney’s Office for the Central District of California in a statement.

According to the National Oceanic and Atmospheric Administration (NOAA), Northern elephant seals are a protected species under the Marine Mammal Protection Act and live along North America’s Pacific coast.

“Northern elephant seals were once thought to be extinct due to commercial sealing in the 1800s,” the NOAA says on their website. “Populations of northern elephant seals in the U.S. and Mexico were all originally derived from a few hundred individuals surviving in Mexico. Its population began to steadily increase in the early 1900s.”

The NOAA’s Office of Law Enforcement investigated this case while the California Department of Fish and Wildlife provided substantial assistance, according to the United States Attorney’s Office for the Central District of California.

One dead, five injured after bus overturns on NJ Turnpike

1 dead, others injured after bus overturns on NJ Turnpike