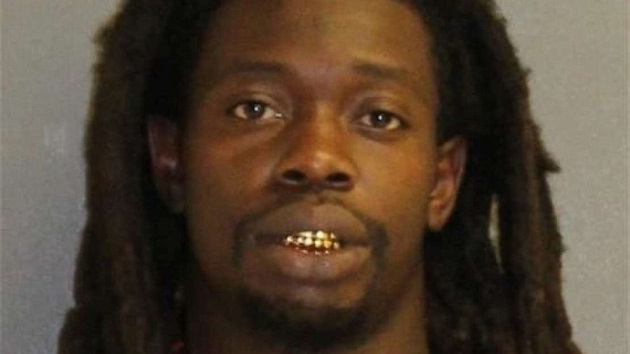 (DAYTONA BEACH, Fla.) — The man who shot a Daytona Beach, Florida, police officer in the head Wednesday night has been arrested.

At a press conference at 5:30 a.m. Saturday, Chief Jakari Young said police found Wallace in a property located in a wooded area, in Atlanta.

In the area next to the main house were a trailer and a treehouse. Wallace was hiding in the treehouse with flash bangs, Young said.

“Rifle plates, body armor, two rifles, two handguns and several boxes of ammunition were also in the treehouse,” he said. “Other weapons were also located in the main residence.”

Young said the property is affiliated with an organization called the Not F****ng Around Coalition, a Black nationalist paramilitary organization.

Four other people were located on the property along with Wallace.

The Daytona Beach police officer, identified as 26-year-old Jason Raynor, was responding to a suspicious incident Wednesday, when Wallace shot him, the department said. He is currently in critical condition, authorities said.

Authorities released a 29-second clip from the officer’s body camera. Raynor can be seen approaching the suspect who is sitting in a parked car before the shooting.

“How’s it going? Do you live here?” the cop asked the suspect who immediately got out of his car and stood up.

“What’s going on? What’s going on now? Don’t do this. Why are you asking me if I live here,” the suspect said as the officer repeatedly asked him to sit back down in his car.

“Do you live here, yes or no?” the officer said before a short struggle between the suspect and the officer took place.

The last thing heard before the gunshot was the officer yelling, “Stop! Stop man!”

Raynor was taken to Halifax Medical Center in critical condition, where he remained Thursday evening. He has been with the Daytona Beach Police Department since February 2019 and worked in Port Orange for three years before that, police said.

A $100,000 reward was offered and a multi-agency manhunt was underway until for Wallace was captured Saturday. Authorities initially said he may have been in a gray 2016 Honda HRV with a California tag of 7TNX532.

Daytona Beach Police Chief Jakari Young tweeted Thursday, “No change in the status of my hero who was shot in the line of duty.”

“He’s fighting while all of us are praying,” he wrote. “The manhunt continues for the coward responsible for this.”