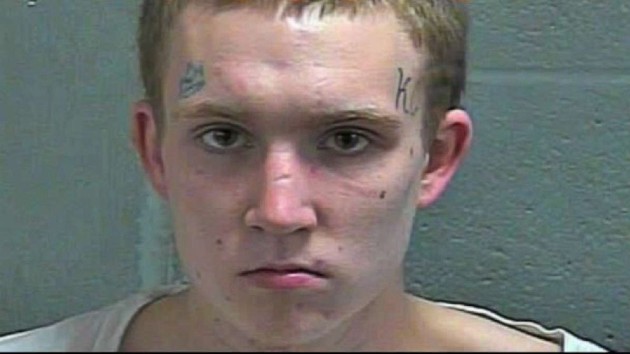 (OKLAHOMA CITY) — A man who stole more than $40,000 worth of lottery tickets has been arrested after being found hiding in the back of a pickup truck following a foot chase by police.

The theft of the lottery tickets happened in Oklahoma City, Oklahoma, in January 2021 and police put out a public notice on Crime Stoppers with an image of the suspect asking the public to help identify the man, later named as 21-year-old Dylan Barrett, according to the Oklahoma City Police Department (OKCPD).

“You may or may not recognize this man, as we’ve posted his photos before. This time, we have much clearer photos of him…specifically his identifiable tattoos,” the Oklahoma City Police Department said in a post on social media on Jan. 15. “Last time we posted, he had stolen several lottery tickets. Now, he’s graduated to stealing entire towers of lottery tickets. As of today, he’s hit seven times, totaling over $40K in tickets.”

Police confirmed later that same day on social media that they were able to confirm Barrett’s identity but could not release his name at that time because charges had not been filed against him.

On March 2, the Oklahoma City Police Department confirmed in a statement posted on social media that they had finally apprehended Barrett in a “pursuit-turned-foot-chase.”

“Today, our Violent Crimes Apprehension Team (VCAT) had the pleasure of making Mr. Barrett’s acquaintance during a pursuit-turned-foot-chase,” said the OKCPD on social media. “Officers found him in the back of a pickup and took him into custody.”