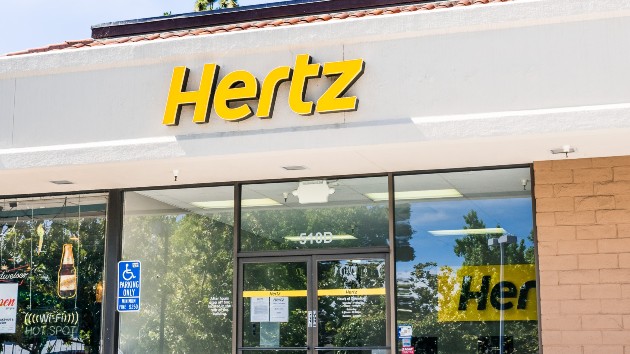 (NEW YORK) — A Michigan man who is suing the Hertz car rental company for failing to produce a receipt that would corroborate his alibi in connection to a 2011 murder said it’s “surreal” that he had to spend nearly five years behind bars for a crime he didn’t commit.

Herbert Alford, 47, was convicted in 2016 of second-degree murder and two weapons charges in connection to the murder of 23-year-old Michael Adams in Lansing, Michigan. He was sentenced to a minimum of 30 years in prison.

“It was a nightmare. It was surreal. This couldn’t be happening … I knew they got the receipt and they knew I was there,” Alford told ABC News’ Linsey Davis.

In 2018, Hertz finally provided the receipt proving that Alford was renting a car at a Lansing-area airport when the murder occurred in October 2011.

Alford’s conviction was overturned and his charges were dropped last year.

He said he always hoped the truth would one day come out.

“Being away from my family and my kids; I got an 11-year-old that I was missing field trips with and going to school concerts and plays — it was unbelievable,” he said.

The lawsuit, filed last week in circuit court in Ingham County, Michigan, says that Alford would not have spent time incarcerated “had the defendants not ignored and disobeyed numerous court orders requiring them to produce the documentation that eventually free [sic] Mr. Alford.”

Hertz was first subpoenaed to produce the receipt in June 2015, according to the lawsuit. Alford’s attorney, Jaime White, said “there were multiple requests” for the documentation by both him and the court between 2016 and 2018, when it was finally provided.

“At no point in time did they ever respond,” White told ABC News. “We were left to wonder why that was the case. … Why that was, folks can speculate. … I suspect that they don’t respond to most litigation this way. I think they saw an African American man charged with homicide and chose that it wasn’t worth their time.”

In a statement to ABC News regarding the lawsuit, Hertz said it was “deeply saddened” to learn about Alford’s experience.

“While we were unable to find the historic rental record from 2011 when it was requested in 2015, we continued our good faith efforts to locate it,” the statement said. “With advances in data search in the years following, we were able to locate the rental record in 2018 and promptly provided it.”

White said it is “reprehensible” that the company “would not respond” to the court orders when his client’s “life was at stake.”

“I think it’s an important point: We were not asking them to mine millions of documents over the years that were unrelated to this incident and unrelated to someone they had done business with,” he said. “This was their customer. He spent money with them. And I think our requests were quite simple and I think those requests of the court were quite simple.”

Alford, in the lawsuit, is seeking unspecified monetary compensation.

Alford said that since leaving prison, he’s been spending time with his family and trying to get back into the workforce. Beyond financial compensation, he hopes the lawsuit delivers a broader message as well.

“I just want people to feel like they could trust the people they deal with,” he said. “It makes me feel like the only time they care about their customers is when they’re spending their money with them, because every time I came down there to rent a car, all the paperwork and everything was in order, but now when I need some paperwork to prove my innocence, now all of a sudden everything is not in order and it’s hard to come up with.”