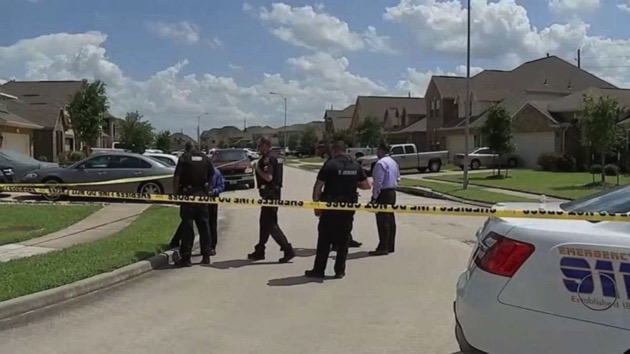 (HOUSTON) — A 20-year-old Texas man was shot to death during a car sale in a possible robbery attempt, officials said.

The incident occurred on Sunday afternoon in the northeast suburbs of Houston, Texas. Investigators with the Harris County Sheriff’s Office (HCSO) said Kelvin Shepard and his friend showed up at a house in the Humble neighborhood with the intent to buy a car, according to ABC News’ Houston station KTRK.

Authorities said the two unnamed suspects, who were supposed to be selling the car to Shepard and his friend, jumped into the back seat of Shepard’s forest green 2006 Chevrolet Malibu while he and his friend were in it, reported KTRK.

Shepard was subsequently shot while all four of them were in the car, according to the report from KTRK.

Both Shepard and his friend were able to exit the vehicle before the suspects fled the scene of the crime. Shepard was pronounced dead at the scene shortly after.

An official from the Harris County Sheriff’s Office told KTRK that there are several dents on the front right side of Shepard’s car and it has a broken headlight.

“We believe its somewhere out there and we’re attempting to get positive IDs on those two individuals driving it,” the official from HSCO told KTRK in an interview.

Sky Harris, Shepard’s girlfriend, told KTRK: “He was letting me know that he was going to drop off one of his friends and he was going to be back home. I am just trying to cope with it the best way I can and move on from here. It is going to be hard though.”

The two suspects are still on the loose but investigators believe they live in the Humble neighborhood where the shooting took place.

Anybody with any information regarding this case is urged to contact the Harris County Sheriff’s Office.