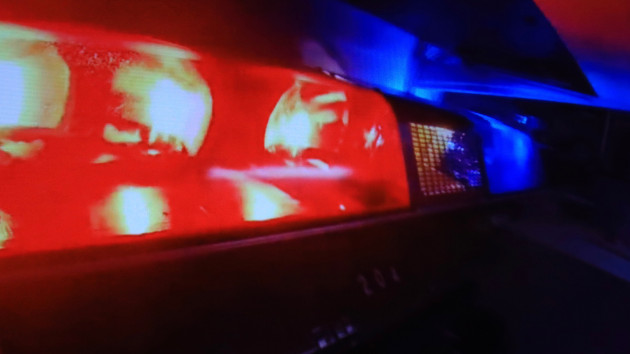 (COLUMBUS, Ohio) — A man who was mistakenly released from jail, where he was being held on child endangerment charges, has been charged with murder in a separate incident after allegedly killing a man at a gas station in Columbus, Ohio, according to law enforcement officials.

The Columbus Division of Police identified David Johnson III as the suspect in the fatal shooting of Andrew Combs on Dec. 13 at a Sunoco gas station. A warrant has been issued for his arrest.

Earlier this month, Johnson was arrested over the death of his son, who allegedly died after being exposed to fentanyl, according to a police report.

He was charged with involuntary manslaughter, two counts of endangering a child, tampering with evidence and 10 counts of various drug offenses.

Columbus police officers responded to a call at 11:59 p.m., local time, to investigate a shooting at the gas station where they found Combs, 21, suffering from gunshot wounds, according to the police report.

Officers administered aid to Combs before Columbus EMT arrived. He was transported to a hospital and was pronounced dead shortly before 1 a.m., local time, on Dec. 14, according to a police affidavit.

Franklin County court documents reveal that Combs and another person were at the gas station when one of the suspects attempted to rob him. Combs reportedly punched one of the suspects to defend himself and the witness when he was pushed out the front door and fell on the ground.

“All three suspects brandished handguns and at least one of the suspects fired shots at Mr. Combs while he was lying defenseless on the pavement,” the affidavit read.

Johnson was released from jail because of “human error,” a Franklin County judge said, according to ABC News Columbus affiliate WSYX-TV.

“As soon as I was alerted that he had been released, which I was told on December 2, I immediately requested that a warrant for his arrest be issued and that has been done,” Franklin County Common Pleas Judge Jaiza Page said, according to WSYX.