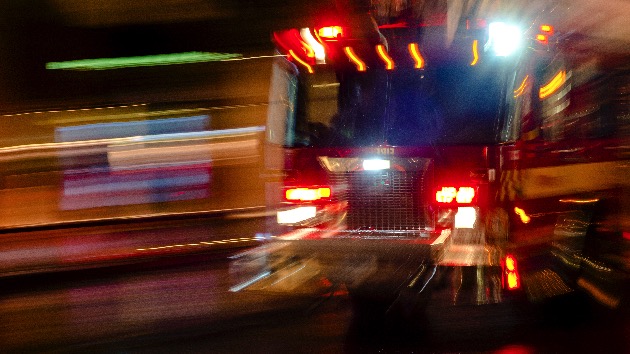 (COLUMBUS, Ohio) — One person has died and at least eight others are injured following an explosion and fire at a paint manufacturing plant overnight Thursday in Columbus, Ohio.

At 12:05 a.m., authorities got a call of an explosion at 1920 Leonard Ave. As firefighters pulled up to the second alarm fire at Yenkin-Majestic Paints, they were met by employees exiting the building.

Wendell Light, 44, was initially unaccounted for into the early morning. He was found deceased around 9:16 a.m. partially covered in rubble of the collapsed building, according to Columbus Police.

Light was a press room supervisor for Yenkin-Majestic Paint.

Five people were wounded and taken to local hospitals, Columbus Fire Battalion Chief Steve Martin. They are in stable condition.

“Two other employees were trapped inside the building and had to be rescued. They are in critical condition at OSU Main,” Martin said.

All of the victims are employees at the plant.

In a Thursday morning update, officials said the condition of the eight victims who were transported remains unchanged from “stable.”

The fire was contained by 5 a.m., though black smoke continued to rise from the building as officials let some products “burn off.”

Later into Thursday morning, fire investigators were able get into areas of the building that were not accessible earlier, leading to the discovery of Light.

The cause of the fire is under investigation.