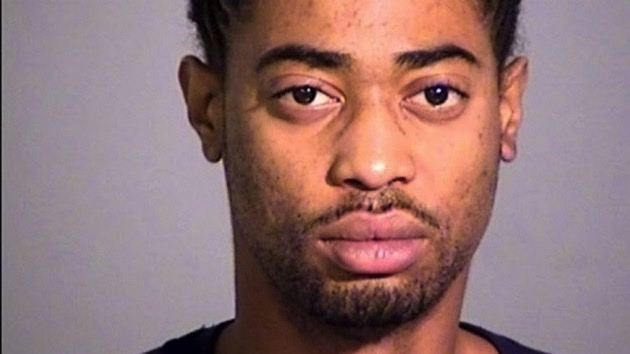 (INDIANAPOLIS) — A man allegedly gunned down three adults and a child after arguing with his girlfriend over her stimulus check, according to police documents.

The victims were found dead in an Indianapolis, Indiana, home on Saturday, according to the probable cause affidavit filed on Tuesday.

A survivor of the shooting identified her boyfriend, Malik Halfacre, as the suspect, the affidavit said.

The girlfriend, who was also shot and hospitalized in critical condition, alleged that 25-year-old Halfacre took the couple’s 6-month-old daughter with him when he left the scene, the affidavit said. Police said Tuesday the girlfriend was stable.

On Sunday morning, the baby was found safe at Halfacre’s sister’s home, according to police.

The suspect’s sister told police that “Halfacre admitted to killing four people and told her details about how it happened,” the affidavit said.

The sister said Halfacre then called a friend who agreed to help him flee, the affidavit said. Halfacre was found hiding in the attic of an Indianapolis home, authorities said, and he was taken into custody on Sunday.

Halfacre told police that he and his girlfriend “were arguing because he wanted some of her stimulus check,” the affidavit said.

Halfacre was charged with murder, attempted murder and robbery, according to court documents. He is due in court on March 18. It was not clear if he had an attorney.