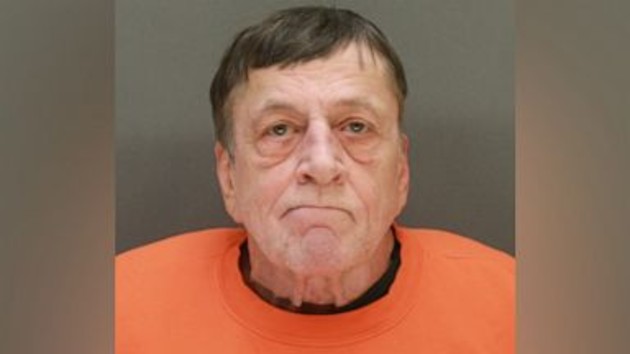 (NEW YORK) — Gregory Ulrich, the man accused of the shooting rampage that killed one person and seriously injured four at the Allina Medical Clinic in Buffalo, Minnesota, made his first court appearance Thursday.

Seven charges against Ulrich were formally presented, including one charge for second-degree murder with intent, four charges of first-degree attempted murder, one charge relating to the use of an explosive or incendiary device and one for possessing a pistol without a permit. The charges are listed in a criminal complaint filed by prosecutors Thursday morning.

The hearing was held remotely in the Wright County District Court with Ulrich appearing by video from the nearby jail.

According to the criminal complaint, the gunman allegedly walked into the clinic Tuesday morning and started firing, hitting five victims in minutes. Lindsay Overbay, a 37-year-old medical assistant and mother of two young children, died from gunshot wounds, and four others were hospitalized.

The suspect also allegedly detonated two improvised explosive devices that caused significant damage at the clinic. An unexploded one was later found there by law enforcement bomb technicians.

The complaint also stated Ulrich’s cellphone contained a “rambling video message that alluded to an incident at the clinic.”

During a news conference after Thursday’s hearing, County Attorney Brian Lutes said that Overbay “was a mother, a wife, a daughter, a sister. She went to work and didn’t come home.”

According to the complaint, the suspect was allegedly carrying extra ammunition, including two loaded magazines for his pistol.

Asked at the press conference how more people weren’t shot, Wright County Sheriff Sean Deringer said, “The staff that were left in the building did an excellent job of barricading themselves in locked and closed offices.”

The shooter, Deringer suggested, “may have run out of victims.”

Ulrich’s bail was set at $10 million without conditions or at $5 million if he were to accept a list of restrictions. The next hearing is set for March 22.