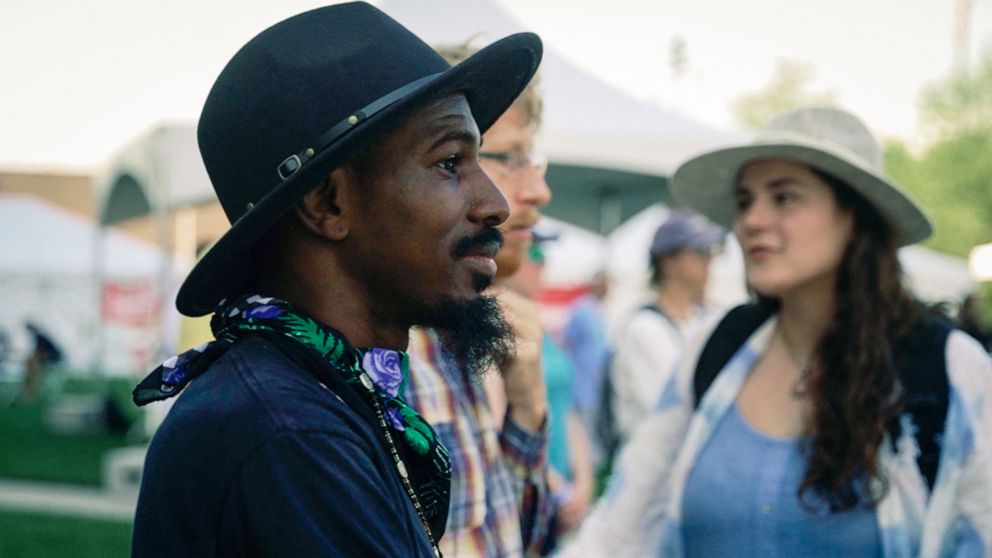 (ST. JAMES, La.) — Along a winding stretch of the Mississippi River between Baton Rouge and New Orleans, the sugar cane fields that have surrounded small neighborhoods for generations have been gradually replaced by smokestacks and chemical flares.

Sharon Lavigne, a retired schoolteacher from St. James, Louisiana, and founder of Rise St. James, an organization devoted to environmental justice, remembers the time before industry arrived in the 1980s.

“We had clean air, and we could drink water from the hydrant. We can’t do that anymore. You can’t go outside and sit on your front porch for a long period of time because of the pollution, the smell,” Lavigne told ABC News. “I would like to have that back.”

Many residents in this 85-mile stretch of Louisiana refer to it as “Cancer Alley,” an area previously known for its agriculture and remnants of former slave plantations and cemeteries. But today, the area’s predominantly Black communities are surrounded by 150 industrial plants, a situation the United Nations called “environmental racism.” The region has a 95 percent higher risk of cancer due to air pollution than the rest of the country, according to the EPA.

Residents have protested the industrial plants for years, saying the facilities affect their health. Now, several companies and the State of Louisiana are proposing new industrial facilities that they say will be carbon neutral through a process called carbon capture. But after years of industrialization, many local residents and environmental activists are skeptical of the proposals.

The new projects are in response to Gov. John Bel Edwards’ initiative to make Louisiana net-zero in emissions by 2050. Carbon capture is poised to be a key component of the state’s plans. In October 2021, Bel Edwards and the CEO of Air Products and Chemicals announced a $4.5 billion blue hydrogen facility, which would be the largest industrial facility utilizing carbon capture in the world at the time of the announcement. The proposal comes as Congress and the Biden administration approved $3.5 billion toward carbon capture facilities across the country in the latest infrastructure bill.

Air Products and Chemicals plans to directly capture carbon dioxide from their proposed blue hydrogen facility and transport it via 35 miles of pipeline to a sequestration site at Lake Maurepas. The carbon dioxide will be injected into rock formations a mile below ground. The facility will extract methane from natural gas to create hydrogen, which will be used for electricity, powering cars, buses and planes.

“With the advanced technology that we’re using, it allows us to capture over 95% of the CO2 and safely sequester 5 million tons a year of CO2 to create that low carbon clean hydrogen for the energy transition,” Simon Moore, vice president of Investor & Corporate Relations & Sustainability at Air Products and Chemicals, told ABC News.

Louisiana’s geology also makes it a suitable location for carbon capture and sequestration, according to Dr. Cynthia Ebinger, a geology professor at Tulane University. “In Louisiana, we know where the conditions are favorable,” Ebinger told ABC News. “What we have are layer upon layer upon layer of sand, salts, clays, limestones – and combinations of those make for storage and sealing.”

For many of the area’s residents, distrust of the industry runs deep. Travis London, an environmental activist who tracks air quality for Public Lab, lives in Donaldsonville, close to an industrial ammonia plant. “I see a lot of impact. I’ve seen kids having problems with the allergies and also have asthma,” London told ABC News. “I’ve seen like, people having cancer on my street.”

Many environmental activists, including London, are now trying to educate the public on the risks of carbon capture. In Baton Rouge, organizers hosted the Gulf Gathering for Climate Justice and Joy, a meeting of environmental activists across the South fighting against what they call “false promises” from the oil and gas industry.

Included among the crowd was Sharon Lavigne, who attended the rally to inspire others to take action against industry. Industrial facilities were built next to many of her neighbors’ homes. “We were all healthy people, and all of a sudden we noticed people are dying,” Lavigne said.

Lavigne, whose family has lived in St. James for generations, has dedicated her postretirement years to working to prevent the construction of new industrial facilities in her hometown.

“This is our home. We love our home. And this is where we want to be,” Lavigne said.