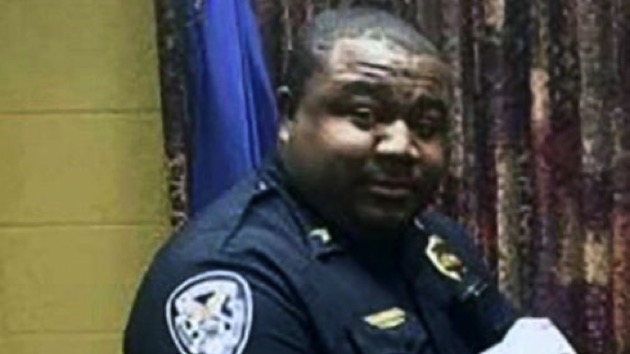 (BAKER, La.) — Demarcus Dunn, a police lieutenant and community mentor in Baker, Louisiana, died of COVID-19 one day before his wedding.

Lt. Dunn and his fiancee were initially set to get married in July 2020 but postponed the ceremony to Aug. 14 due to the pandemic, Carl Dunn told ABC News.

Lt. Dunn was an Air Force veteran who spent his free time coaching and mentoring local children, the chief said. For Lt. Dunn, it was personal — his father was killed when he was a child and all of his positive male role models were coaches, so he felt a responsibility to give back, the chief said.

“He just wanted to always be in these children’s lives and be a positive impact,” Carl Dunn said. “His fiancee, she really understood that that’s where his heart was and that’s what kept him satisfied — giving back.”

On July 29, Lt. Dunn told the chief he tested positive for COVID-19.

Lt. Dunn was not vaccinated, Carl Dunn said, adding that his cousin did not tell him why he chose not to get the shot and that it was not a requirement for the police department.

Lt. Dunn’s symptoms were coughing, a headache and trouble breathing at first, but Carl Dunn said he talked to him “every day and he always sounded upbeat.”

“Even the day that he went on the ventilator, I talked to him that morning, and he told me that he wasn’t feeling bad,” the chief said.

Lt. Dunn went on a ventilator on Aug. 10 and never came off it, leaving Carl Dunn in shock.

The mayor of Baker, Darnell Waites, said in a statement, “My heart is heavy since learning of the passing of Demarcus Dunn.”

“He was a father, husband, soldier, mentor, friend and veteran Baker police officer — a man loved by all,” Waites said. “His life spent dedicated in service to others was a shining example for our community.”

Added Carl Dunn: “We lost a wonderful person and a wonderful community servant. He had a sense of being responsible. He wanted to be the one to make a positive change.”