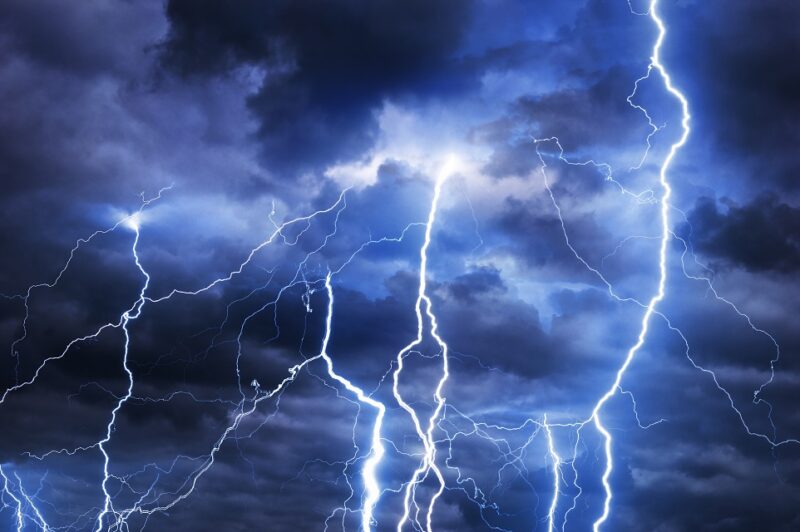 (NEW YORK) — Perhaps we should be praying to the lightning gods for cleaner air and the solution to the climate crisis.

Hydroxyl radicals, which are “crucial” to the atmosphere’s ability to cleanse itself, are directly produced by flashes of lightning, and those flashes produce the radicals in quantities far greater than expected, a new study published Thursday in Science found.

They are the “most important” oxidizing species due to its ability to control the concentrations of toxic and “climate-relevant” gases such as carbon monoxide and methane, according to the paper, which analyzes a 2012 airborne study.

In their quest to understand the benefits of a lightning bolt, scientists also discovered a previously unknown mechanism thought to be responsible for a large proportion of oxidation in the atmosphere.

While in the NASA DC-8 aircraft used to gather data, the researchers assumed there was a problem with the signal that indicates how much of the radicals were in the atmosphere, as it displayed up to 1,000 times the normal value, William Brune, professor of meteorology and atmospheric science at Pennsylvania State University and author of the study, told ABC News.

But, the signals were only spiking sporadically, Brune said. Once the researchers compared the data gathered in the plane with a lightning mapping array, which tracks the static generated by lightning flashes, they could see that the signal spikes and lightning were occurring at the same place at the same time. And then when they generated sparks in the lab, they confirmed that the hydroxyl radicals were being produced.

While scientists already knew that lightning increases the atmosphere’s cleansing capabilities, they did not previously know that oxidants such as hydroxyl radicals and the ozone could be directly generated by lightning sparks and in other electrified areas of a storm cloud, according to the study.

“No one has seen that much in the atmosphere from natural processes, ever,” Brune said.

Between 2% and 16% of the oxidizing capability of Earth’s atmosphere is generated by oxidants produced by lightning, the results of the study suggest.

While a lightning strike may be scary, remember that the odds of getting struck by lightning are about 1 in 15,000 in a person’s lifetime, and the terrifying storm may actually be helping to save the planet.