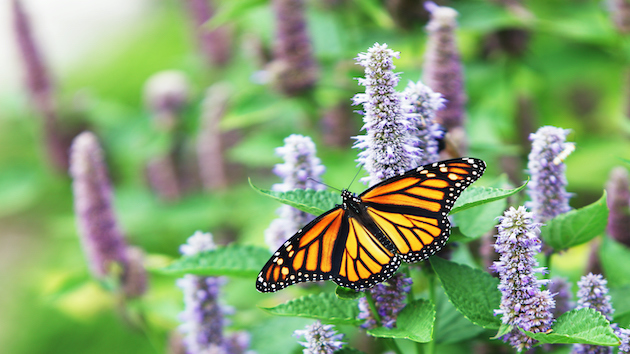 (WASHINGTON) — The Biden administration is continuing to field lawsuits filed over Endangered Species Act decisions made by the Trump administration.

The Center for Biological Diversity sued the U.S. Fish and Wildlife Service Thursday over its failure to provide protections under the Endangered Species Act for 10 species “it admitted needed them,” according to the organization.

Among the species are the monarch butterfly, which in December the Trump administration decided that adding it to the list of threatened species was “warranted but precluded.” This meant that while the monarch butterfly became a candidate for listing as an endangered species, it was not yet listed as the agency prioritizes other candidates.

The monarch butterfly was added to the International Union for Conservation of Nature’s Red List of Threatened Species in 2014 after it was determined that 90% of its population had declined from its original levels. While millions of the butterflies spent winters in the coastal groves of California in the 1980s, just 30,000 were counted in 2019.

The iconic butterfly’s numbers have drastically diminished due to increased use of farm herbicides, climate change and the destruction of milkweed plants, which is what monarch caterpillars eat and where monarch butterflies lay their eggs.

Other species that the lawsuit describe as being left in “regulatory purgatory” are the northern spotted owl, which was found in December to warrant an uplisting from threatened to endangered, and the Eastern gopher tortoise, which has been awaiting protections since 1982.

Northern spotted owl populations have continued to decline in the face of continued loss of old forests to logging and invasion of its habitat by barred owls, while the gopher tortoise, which need large, un-fragmented, long-leaf pine forests to survive, are severely threatened by development, which caused habitat loss and fragmentation.This limits food availability and options for burrow sites and exposes them to being crushed in their burrows during construction, run over by cars or shot, according to the Center for Biological Diversity.

There have been a number of additional lawsuits brought against the federal government since Biden took office.

Multiple conservation groups sued the USFWS on March 25 over a decision by the Trump administration to deny the north Oregon coast population of red tree voles protection under the Endangered Species Act. Red tree vole populations have been devastated by logging, wildfires and inadequate protections on state and private lands. The USFWS found the vole warranted protection in 2011 but deemed that the protection was precluded by listing other species. The vole was then denied protections in 2019.

The Center sued the USFWS on March 25 to challenge the Trump administration’s downlisting of the American burying beetle from endangered to threatened. The lawsuit requested that the endangered status be reinstated as the beetle continues to face threats from climate change and habitat destruction that are pushing it to the brink of extinction. The delisting came following the petition by the Independent Petroleum Association of America to delist the species, according to the Center.

Multiple conservation groups sued the USFWS on March 24 for refusing to designate critical habitat for the highly endangered rusty patched bumblebee. The USFWS stated in September that listing was “not prudent” because the availability of habitat does not limit the bee’s conservation. The bumblebee was protected in 2017, but the USFWS failed to designate critical habitat by the statutory deadline.

The Center sued the USFWS on March 3 for failing to designate critical habitat and develop a recovery plan for Hawaii’s threatened ‘i’iwi, or “honeycreeper” bird. The USFWS listed the species as threatened in 2017.

On Wednesday, the Center also filed a notice of intent to sue the National Marine Fisheries Service to make a decision on whether the Oregon coast spring-run chinook salmon warrants protection. Chinook salmon once thrived in all of Oregon’s coastal watersheds but have largely disappeared due to logging, roads and other sources of habitat degradation, such as dams and poorly run hatcheries, according to the Center. The decision has been overdue since September.

On Feb. 4 the Biden administration responded to a lawsuit filed by multiple conservation groups on Jan. 19 — one day before Inauguration Day — by delaying a rule finalized in the last weeks of Donald Trump‘s presidency to eliminate long-standing, vital protections for more than 1,000 species of waterfowl, raptors and songbirds. The decision was made over a reinterpretation of the Migratory Bird Treaty Act.

Only 25 species were give protections under the ESA during Trump’s four years in office, according to the Center.

The changes require separate plans for protecting any new species listed as threatened instead of granting them the same protections as those listed as endangered, a move that advocates say could make it more difficult to protect species that are threatened by human activity and climate change.

“The past four years were a dark period for endangered wildlife and the environment overall,” Noah Greenwald, endangered species director at the Center for Biological Diversity, said in a statement Thursday. “We’re bringing this lawsuit to ensure these 10 species that so desperately need help are prioritized by the Biden administration, which has its work cut out for it to undo the incredible harm done under Trump.”

Bonnie Rice, a representative for the Sierra Club Endangered Species said to ABC News in a statement that “The Trump administration’s Fish and Wildlife Service made a major push to strip as many species as possible of endangered species protections” including other animals like the grey wolf.

Rice said the Sierra Club is challenging Trump’s rollbacks, some of which will be legal challenges.

The Sierra Club “is committed to protecting 30 percent of lands and waters by 2030 to halt extinction and we’re encouraged by the Biden administration’s early work to act on climate and review endangered species rollbacks,” Rice also said in the statement.