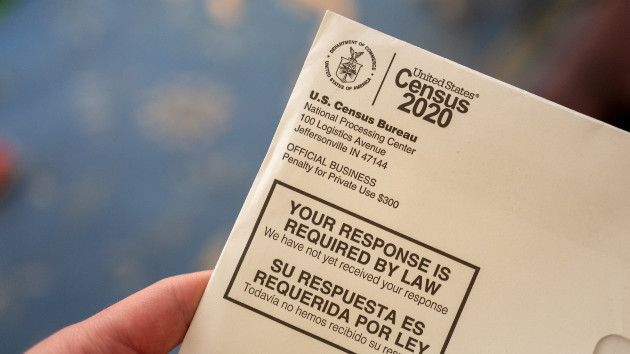 (NEW YORK) — The U.S. Census Bureau said it undercounted Black, Latino and Native American residents in its 2020 national population count, according to a survey released Thursday.

Latinos were undercounted at a rate of 4.99%, nearly equivalent to the lack of representation in the 2000 and 1990 surveys.

The study also estimates that the census overcounted white and Asian American residents.

It’s important for the bureau to accurately measure how many people are living in the United States; the census determines federal funding and political representation.

“The census tells us who we are and where we are going as a nation, and helps our communities determine where to build everything from schools to supermarkets, and from homes to hospitals,” according to the bureau’s website. “It helps the government decide how to distribute funds and assistance to states and localities.”

The data from the 2020 Post-Enumeration Survey Estimation Report, which captured the coverage errors, is intended to be used to improve future censuses.