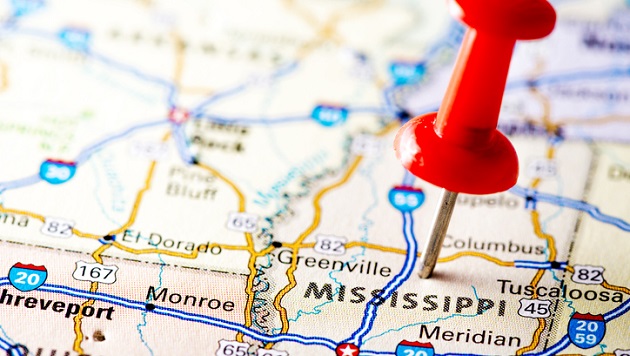 Chunks of hail the size of golf balls were reported Monday night in Texas, Louisiana and Mississippi.

On Tuesday afternoon severe thunderstorms will move into Georgia, South Carolina and Florida.

A tornado already touched down overnight in Jackson County, Texas, near the town of Joshua.

A tornado watch will be in effect until 7 p.m. CT across the South.

Six tornadoes were also reported in central Mississippi and Alabama. One of the confirmed tornadoes caused some structure and tree damage near the town of Newtown and Highway I-2.

Tornado warnings are ongoing in Alabama.

Thousands are without power in Washington state as a major storm moved through the area, producing wind gusts near 81 mph.

As this storm system moves east, wind and snow alerts are issued from the Rockies into the Plains with high fire danger from Texas to South Dakota. Red flag warnings have been issued for the Plains where winds could gust up to 70 mph.

California’s first major heat wave of the season is expected soon; a heat advisory was issued for Los Angeles and San Diego with high wind alerts posted for the mountain areas.

The heat wave will begin Wednesday with highs in the lower to middle 90s.