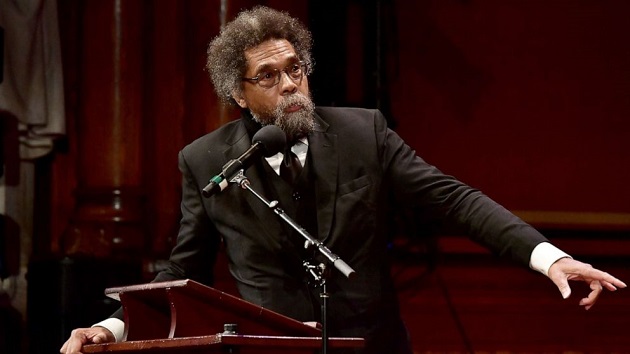 (NEW YORK) — Some of the best colleges and universities in the U.S. are facing backlash over the extent of their commitment to classroom diversity.

Several high-profile Black academics have been denied tenure at esteemed higher-learning institutions, sparking a new debate about racism and privilege in academia. This comes as data has shown that as student demographics changed to have more people of color, while the racial makeup of professors and instructors remains the same at these institutions: predominately white.

After decades of teaching at schools including Yale and Princeton, activist and scholar Dr. Cornel West’s name made headlines this year in a very public conflict with Harvard Divinity School. West resigned from his position at the school in June.

In his resignation letter, he attributed his decision to “spiritual rot” after he was denied tenure.

“I’ve been a Black man in America for over 60-something years. … I know what’s going on. It has nothing to do with academics,” West said in his letter.

West has said he believes race was a factor in his not getting tenure. He had previously held tenure during his last stint at Harvard and has also held a tenured position at Princeton University. He said his teaching has been significantly limited by Havard’s failure to grant him that protection.

Irene Mulvey, president of the American Association of University Professors, spoke with ABC News about tenure standards and policies for higher education.

“Harvard offered me more money. It offered me a big chair … and I said it’s not about that. You can’t even undergo a tenure process. You can’t negotiate respect in that regard,” West said in an interview with ABC News’ Deborah Roberts.

The Harvard Divinity School issued a statement thanking West for his “enormous contribution to … issues of racial justice” adding: “We had hoped to retain him on our faculty for many years to come.”

UNC recruited her to be the Knight Chair in race and investigative journalism, a position which is endowed at schools by the Knight Foundation to lead journalism in the digital age.

However, the board of trustees at the school initially refused to vote on her tenure. It would have made her the first person to hold the position without tenure in the Knight Chair’s history at the school.

“I think it showed that there was not a respect for what Black faculty go through on campus,” she told ABC News in a recent interview. “If they were able to do this to me — I work at the New York Times. I have a huge megaphone, I have a huge platform — what do they think they could get away with when it came to lesser-known scholars?”

Though the school’s board of trustees did eventually vote in her favor for tenure, she declined the offer, instead announcing her decision to accept the first Knight Chair position at Howard University, a historically Black college.

UNC said it is “disappointed” that Hannah-Jones won’t be joining the faculty” and that the school is working “toward a more inclusive and equitable campus,” in a statement released on July 6.

ABC News’ data team analyzed U.S. Department of Education reports on more than 4,000 schools and found that there has been a dramatic change in the demographic makeup of students, while instructors’ demographics remained stagnant.

Overall, they found the student population on the nation’s college campuses have become majority non-white, while faculty has remained about 70% white.

“Nikole Hannah-Jones’ situation is particularly egregious because what you can see is a Black woman not getting what was given automatically to everyone that came before her,” Mulvey said.

Research shows non-white professors are less likely to receive tenure. Data from the Integrated Postsecondary Education Data System shows professors of color make up 30% of the overall faculty, but only 10% of tenured professors are people of color. Of that 10%, 3.7% are Black and 4.8% are Hispanic/Latino.

Overall about 41% of all faculty are tenured, but among Black and Hispanic faculty, the percentage of those who are tenured is lower.

Hannah-Jones will join faculty members at the Cathy Hughes School of Communications at Howard University, alongside author and Howard alumnus Ta-Nehisi Coates.

West says there are “barriers” that non-white professors face on the path to tenure.

He noted the “invisible” responsibilities that professors of color take on that typically fall outside of their job description on paper. In large part, he said, this stems from their relationship with students of color. These professors fulfill the role of a mentor and encourage professional development.

According to Mulvey, the glass ceiling for nonwhite professors in higher education is nothing new.

“Higher education is not immune to systemic and institutional racism,” Mulvey said. “Faculty of color will talk to you about the Black tax, which is well-known in that faculty of color are always asked to serve on diversity, inclusion and equity task forces. And as a result, when a faculty of color comes up for tenure, they may have found they didn’t have the same amount of time for research as their white colleagues.”

The racial disparities within higher education reach beyond the realm of faculty, influencing students’ experiences in the classroom.

It’s a correlation not lost on Georgetown University senior Yaritza Aguilar. She is the first in her family to go to college and says professors of color have been crucial throughout her education.

“When I have a Latino professor, I feel more confident. Latin professors have been in my shoes, being the first to kind of lift your family out of a difficult situation and there’s a lot of trauma that comes with that,” said Aguilar.

ABC News’ data team found racial disparity is present across schools, which can cause students to feel isolated and discouraged to continue their education, affecting graduation and retention rates.

Early last year, Aguilar was involved with a group of student volunteers who pushed an initiative to help the school hire two more Latino professors in the history and American studies department. She is also starting a petition to help create a Latino studies minor.

“After the murder of George Floyd, I think Georgetown has been more responsive and critical of the way they’ve dealt with diversity. They created a racial justice initiative and hired another professor of color. But we want that rhetoric to be turned into action,” Aguilar said.

Though progress has been made among universities and colleges, many academics say there is still more to be done for faculty and students.