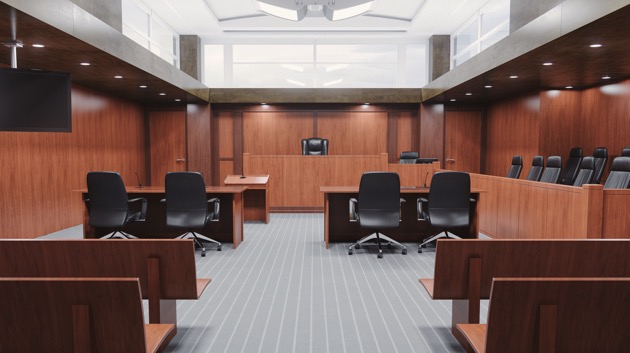 There was increased security for the 18-year-old’s brief, final pre-trial hearing. It was his first time in person as most of his legal proceedings during the pandemic have been virtual.

Attorneys and prosecutors went over scheduling details in anticipation of Rittenhouse’s November trial. They agreed on a deadline for motions on July 1, jury questionnaires by August 1, and the next motion hearing was set for September 17.

Lawyers on both sides said the trial will take about two weeks.

Rittenhouse, was 17 when he left his hometown of Antioch, Illinois, for nearby Kenosha, Wisconsin, 21 miles away, and allegedly shot and killed two protesters and wounded a third on Aug. 25.

The protests erupted after police shot Blake, a 29-year-old Black father, in the back and he was left paralyzed from the waist down. Rittenhouse and his attorneys have argued that he went to Kenosha to protect businesses amid the protests.

Photos and video from the protests showed Rittenhouse carrying an assault-style rifle.

He is also charged with attempted reckless homicide in a shooting that same night that left protester Gaige Grosskreutz severely wounded.

Rittenhouse’s attorneys have said the teenager was acting in self-defense when he allegedly shot all three men, citing multiple cellphone videos that they say show him being chased and attacked by protesters.

Jury selection for his trial is scheduled to begin Nov. 1. If convicted, he faces life in prison.

Rittenhouse was released on $2 million bail, raised by political conservatives who backed his stance against anti-police protesters.

Hero who helped thwart Colorado Springs gunman: ‘I would shield everyone I could’

Driver arrested after one killed, 16 hurt in Apple store crash in Massachusetts