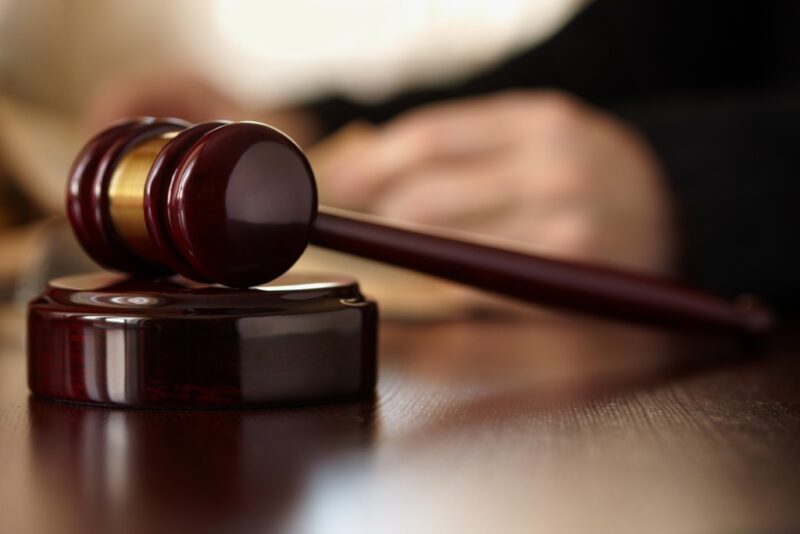 (MINNEAPOLIS) — A world-renowned pulmonologist, who authored the bible on treating breathing disorders, testified on Thursday that George Floyd died from a lack of oxygen to his brain resulting from former Minneapolis police officer Derek Chauvin jamming his knee into the back of Floyd’s neck as he laid pinned to the ground in handcuffs.

Dr. Martin Tobin, a physician in pulmonary and critical care medicine at Loyola University Medical Center and at the Hines Veteran Administration Hospital in Illinois, was called as an expert medical witness for the prosecution.

Tobin, who said he’s not being paid for his testimony, used graphics and 3D images to lead jurors through a series of demonstrations that illustrated the horrific death Floyd suffered. Tobin even provided a second-by-second timeline showing the precise moments the 46-year-old Black man lost consciousness, stopped breathing and suffered a traumatic, irreversible brain injury.

“Mr. Floyd died from a low level of oxygen. And this caused damage to his brain that we see, and it also caused a [Pulseless Electrical Activity] arrhythmia that caused his heart to stop,” Tobin explained.

He testified that he based his opinion on medical and investigative evidence that included hundreds of viewings of numerous videos, filmed from different angles, that showed Chauvin and two other officers taking a handcuffed Floyd to the pavement just after 8 p.m. on May 25 outside a Cup Foods store in south Minneapolis.

Tobin, author of a 1,500-page textbook titled “Principles and Practice of Mechanical Ventilation” — described by the medical journal The Lancet as the bible on the topic — said the manner of Floyd’s death is often referred to as asphyxia.

Asked by prosecutor Jerry Blackwell if he had formed an opinion “to a reasonable degree of medical certainty” about what caused Floyd to suffer a fatal loss of oxygen, Tobin answered that it was shallow breathing to the point where air wasn’t able to get through his lungs and the lower regions of his respiratory tract that filters out carbon dioxide.

That’s the moment the life goes out of his body.

The physician said Chauvin’s left knee was on the back of Floyd’s neck for more than 90% of nine minutes and 29 seconds prosecutors said Floyd was restrained on the ground. Tobin said the former officer’s right knee was on Floyd’s back or rammed against the left side of his chest for at least 57% of the time.

He said during the entire episode, Chauvin and former officer J. Alexander Kueng applied additional force by pulling Floyd’s handcuffed wrists up high behind his back.

Tobin said Floyd essentially was squeezed to death as if he were in a vice. Chauvin’s knee jammed into Floyd’s neck narrowed the hypopharynx in his throat, normally the size of a dime, severely restricting his ability to take in air.

During the ordeal, Floyd, who was arrested for the misdemeanor offense of allegedly using a phony $20 bill to buy cigarettes, repeatedly cried out, “I can’t breathe” and complained of pain in his stomach, neck and back.

“I mean, when you have to breathe through a narrow passageway,” Tobin said, “it’s like breathing through a drinking straw.”

The exact moment Floyd died
On Tuesday, the lead investigator in the case, Special Agent James Reyerson of the Minnesota Bureau of Criminal Apprehension, testified that Chauvin weighed 140 pounds and had an additional 30 to 40 pounds of equipment on him during the encounter with Floyd

Reviewing a photo showing Chauvin’s left knee on Floyd’s neck, Tobin noted that at one point the officer’s left boot was raised off the ground and that half his weight was pressing down on the man.

“So, we’re taking half his body weight plus the weight of … half the gear, and all of that is coming directly down on Mr. Floyd’s neck,” Tobin said.

Tobin ruled out the possibility that the fentanyl found in Floyd’s system during the autopsy played a role in his death because he had a normal respiratory rate when the restraint began, and that fentanyl, or at least a significant dose of it, would have lowered his respiratory rate.

Tobin also said his analysis rejected the possibility that Floyd, who suffered from undiagnosed heart disease, died from a sudden heart attack. If that were the case, Floyd would have likely complained about chest pains, and his respiratory rate would have skyrocketed.

At times during his testimony, Tobin asked jurors to place their hands on their throats and the back of their necks as he spoke of certain parts of the anatomy. Defense attorney Eric Nelson objected, prompting Judge Peter Cahill to tell the jury they were not obligated to follow the doctor’s directions but could if they wanted to.

In one dramatic moment, Tobin noted the exact times Floyd went unconscious, stopped breathing and died. At 8:22 p.m. and 22 seconds on May 25, Tobin said, “That’s the moment the life goes out of his body.”

He said that despite the officers checking and realizing Floyd no longer had a pulse, Chauvin kept his knee smashed into Floyd’s neck for another two minutes and 44 seconds, until paramedics arrived and put Floyd’s lifeless body on a gurney.

During cross-examination, Nelson asked Tobin whether he was aware that Hennepin County Medical Examiner Andrew Baker, whom prosecutors plan to call to the witness stand on Friday, found no bruising on Floyd’s neck nor any injuries to his hypopharynx.

Nelson challenged Tobin on his opinion that fentanyl played no medical role in Floyd’s death. The defense lawyer asked a hypothetical question of whether peak fentanyl respiratory depression occurs five minutes after ingestion.

On redirect questioning, Blackwell asked Tobin why no bruising was found on Floyd’s neck or injuries to his hypopharynx.

“I wouldn’t expect anything to be found there,” he said, “because the effects are not something that will remain at the time of autopsy.”

Toxicology tests
Daniel Isenschmid, a forensic toxicologist for the NMS Labs in Pennsylvania, testified that he was asked by the Hennepin County Medical Examiner’s office to test blood drawn from Floyd’s body the night he died.

Smock, testifying as a paid prosecution expert, said medical records he reviewed showed that Floyd had been a chronic drug user for years and had built up a tolerance to fentanyl and methamphetamine.

He said the drugs found in Floyd’s system during the post-mortem examination were not at levels close to those required for him to overdose.

“The more you use any drug — in this case, fentanyl — you build up that tolerance, so it takes more drug to give you that high, to affect your brain,” Smock said.

He said that had Floyd been suffering from an overdose, he would have been nearly comatose, likely snoring and unable to speak to the officers.

“He gave appropriate responses: Name, date of birth,” he said, describing what he saw in videos showing Floyd’s arrest. “He knew exactly where he was and what he was doing, and responded appropriately to the questions that were asked of him.”

Smock also said he found no evidence that Floyd possibly died of a sudden heart attack nor that his death was the result of excited delirium, a physical and psychiatric state that produces an imbalance in the brain and causes some people to exhibit “superhuman strength.”

Smock went through a 10-point checklist used to determine whether someone is experiencing excited delirium, including feeling excessively hot, sweating excessively, breathing rapidly, feeling an unusual attraction to glass and mirrors, and failing to respond to a police presence. He said that someone experiencing excited delirium would exhibit at least six of the 10 symptoms.

“So, Dr. Smock,” Blackwell, the prosecutor, asked, “if we have to have a minimum of six of these items — six of 10 for excited delirium — how many did you see?”