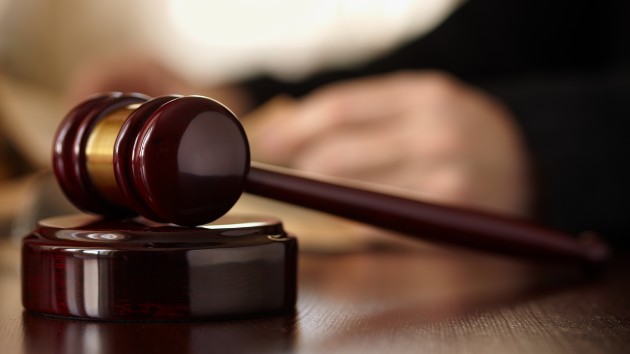 (MINNEAPOLIS) — The prosecution in the murder trial of former Minneapolis police officer Derek Chauvin is expected to rest its case on Tuesday, the judge presiding over the trial told jurors.

Cahill said that if the defense finishes on Thursday, he will schedule closing arguments on Monday. He advised jurors that once they receive the case, they will be sequestered in a hotel for the duration of the deliberations.

“My preference is to give the attorneys more time to prepare their closing arguments and have the closing arguments, we predict, on Monday,” Cahill said. “Expect that when you report to duty on Monday it will be followed by sequestration. So, pack a bag.”

Dr. Jonathan Rich, a cardiologist at Northern Memorial Hospital in Chicago and an associate professor of medicine at Northwestern University, was the first witness called to testify on Monday as a medical expert for the prosecution. He said it was the first time he had ever testified in court.

“I was contacted by the state of Minnesota, and I was asked as a cardiologist if I could review the facts of this case to help determine how Mr. George Floyd died,” Rich said of why he was called to the witness stand.

He said he reviewed the autopsy report on Floyd, three years of medical records leading to his death, and police body-camera videos, footage from surveillance cameras and bystander cellphone cameras to determine what killed Floyd.

Rich was asked by prosecutor Jerry Blackwell to tell the jury his opinion to a “high degree of medical certainty” the cause of Floyd’s death.

“In this case, Mr. George Floyd died from a cardiopulmonary arrest. It was caused by low oxygen levels, and those low oxygen levels were induced by the prone-restraint and positional asphyxiation that he was subjected to,” Rich testified.

His opinion echoed what other prosecution medical witnesses have said, including the opinion given on Friday from Dr. Andrew Baker, the Hennepin County medical examiner who performed the autopsy on Floyd.

Baker testified that Floyd died of “cardiopulmonary arrest, complicating law enforcement subdual, restraint, and neck compression,” meaning that his heart and lungs stopped working as he was being restrained on the ground. He ruled the death a homicide.

The medical examiner also testified that drugs found in Floyd’s system, fentanyl and methamphetamine, as well as undiagnosed heart disease that narrowed the essential arteries to the heart, were contributing factors to his death.

“It was the stress of that interaction (with police) that tipped him over the edge given his underlying heart disease and toxicological status,” Baker said.

In his opening statement in the trial, Chauvin’s attorney, Eric Nelson, told the jury that evidence will show Floyd died from a sudden heart attack brought on by an overdose of drugs and that Chauvin’s knee on his neck for what prosecutors said was 9 minutes and 29 seconds did not cause his death.

“Mr. Floyd died a gradual death. It would not be considered a classic sudden death … meaning when people have that ventricular fibrillation, they literally go from being fine one moment to completely out the next,” Rich said.

He said he found no evidence that Floyd died from a sudden heart attack due to a blockage of his coronary arteries, explaining he found no tell-tale signs of that in the voluminous evidence he reviewed such as a piece of plaque platelets completely clogging an artery.

Rich, a paid prosecution witness, said he found that the drugs in Floyd’s system were at such low levels they could not have killed someone with the type of tolerance to drugs that Floyd had built up as a chronic user.

He noted that Floyd’s medical records dating back to 2018 showed he once showed up at an emergency room and told doctors he had consumed eight Percocet pills, an opioid pain reliever containing oxycodone, over a two-hour period and the hospital staff simply observed him before releasing him.

He said Floyd’s death was “absolutely preventable” and noted several times when officers could have turned him on his side to help him breathe and started first aid that would have likely saved his life, including a moment he heard one of the officers on video telling Chauvin, “I think he’s passing out.”

Blackwell asked Rich, “Do you have an opinion as to whether George Floyd would have lived if not for Mr. Chauvin’s subdual and restraint of him for 9 minutes and 29 seconds on the ground?”

Rich replied, “Yes, I believe he would have lived.”

During cross-examination from Nelson, Rich conceded that people with 90% blockage of the right coronary artery and a 75% blockage of the left anterior descending artery have died from a sudden heart attack.

Echoing Blackwell’s questioning on whether Floyd’s death was preventable, Nelson asked, “So, in other words, if he had gotten in the squad car, he’d be alive?”

Floyd’s brother, Philonise Floyd, 39, took the witness stand to provide the jury with what is known in Minnesota as “spark of life doctrine” testimony.

Stemming from a 1985 state Supreme Court case, Minnesota is rare in permitting such personal and often emotional testimony from loved ones of an alleged crime victim in advance of a verdict. In most states, such testimony is reserved for victim impact statements during sentencing if there is a conviction.

Philonise Floyd described his brother’s upbringing in Fayetteville, North Carolina, and at the Cuney Homes public housing project in Houston. He described his brother’s fondness for Nintendo video games, his prowess in playing basketball and football in high school and college, and his love for their late mother, Larcenia Floyd.

He called his brother a “big momma’s boy,” who had a special relationship with their mother, who died in 2018.

“Being around him, he showed us like how to treat our mom and how to respect our mom,” Philonise Floyd testified.

He said that when their mother died in May 2018, George Floyd was emotionally crushed that he was in Minnesota and not at her side in Houston.

“So, that right there it hurt him a lot. When we went to the funeral, George just sat there at the casket … and he would just say ‘momma, momma’ over and over again,” he said, recalling the same cries his brother repeated as he was dying under the weight of Chauvin’s knee on his neck.

“I didn’t know what to tell him because I was in pain, too,” he said. “We all were hurting and he was just kissing her and kissing her. He did not want to leave the casket.”

‘Unacceptable or reasonable use of force’

The prosecution ended the day by calling Seth Stoughton, a national police use-of-force expert and an assistant professor at the University of South Carolina School of Law.

Stoughton, a paid prosecution witness, said he has spent more than 140 hours studying roughly 40,000 pages of documents in the case and reviewing numerous videos, including police body-camera and bystander cellphone footage.

“In this case, unlike the vast majority of cases that I’ve been involved in, there were a whole bunch of videos,” he said, adding that the different perspectives of video of the same event allowed him a “much more robust understanding of what was going on.”

Stoughton said the use of force Floyd endured was only justified up to the point he was removed from a police car because the already handcuffed man was resisting getting inside.

But once Chauvin and the other officers removed him from the squad car and placed him on the pavement on his knees, Stoughton said that’s where the use of force should have ended because Floyd was no longer resisting and even thanked the officer for removing him from the car after he informed them he was claustrophobic.

The officers, however, proceeded to place Floyd in a prone position on the pavement and Chauvin placed his left knee on the back of Floyd’s neck, keeping it there for 9 minutes and 29 seconds as the 46-year-old Black man cried out 27 times that he could not breathe, cried out for his mother and eventually went silent, lost consciousness and a pulse, said Stoughton, a former Tallahassee, Florida, police officer.

“Given the range of other alternatives available to the officers, it’s just not appropriate to prone someone who is at that point cooperative,” Stoughton said.

Asked by prosecutor Steve Schleicher if a trained police officer could view the force used on Floyd as reasonable, Stoughton disagreed.

“Both the knee across Mr. Floyd’s neck and the prone restraint were unreasonable, excessive and contrary to generally accepted police practice,” Stoughton said.

He said unreasonable force was used on Floyd the entire time he was being held down in the prone position.

“No reasonable officer,” Stoughton said, “would have believed that that was an appropriate, acceptable and reasonable use of force.”